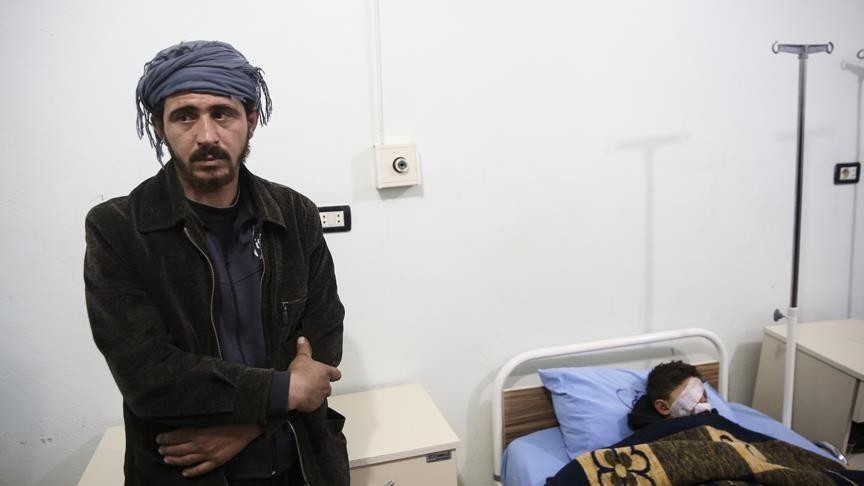 The Syrian branch of the terror group PKK, the Democratic Union Party (PYD) and its armed wing the People's Protection Units (YPG), has once again demonstrated its true identity by killing a 10-year-old boy and injuring four other children in the Tavil family, who lives in Azaz district of Aleppo in northern Syria.

It has been well documented that the PYD/YPG targets mosques, hospitals and schools. On Monday, the terror group targeted the Tavil family in Azaz with rockets as they were heading to work on a farm; a child succumbed to his wounds while five others were injured in the incident.

The Tavil family lost their 10-year-old son, Abir after the attack. Words cannot describe the pain we are experiencing, they said.

Among other family members injured in the rocket attack were 2-year-old Surayya, 4-year-old Ahmad, 11-year-old Yousuf, 13-year-old Sayma and their uncle.

Sayma, who was taken to a hospital in southern Kilis province, will undergo surgery on Tuesday. The young girl remains unaware of the death of her brother Abir.

Amer Tavil, who was with his younger sister Sayma at the hospital, told Anadolu Agency he was at a loss of words to explain what happened during the attack.

"They left home yesterday afternoon for agricultural work at the farm and sometime later we heard the bad news of the attack," he said.

"They (YPG) shoot whoever comes in front of them. They don't care who they are. They just shoot and kill.

"My family didn't carry any gun. They were just trying to earn a living. My little brother was killed by those terrorists."

Another civilian also lost his life on Monday to a YPG terror attack in Azaz; the rocket attack launched from Afrin had also injured five other civilians.

The terror organization has accelerated its attacks on civilians in Turkey's southern Kilis and Hatay provinces as well as Azaz district of Syria in order to counter the Turkish army's ongoing Operation Olive Branch launched against terrorist groups including the YPG/PYD, PKK and Daesh in Afrin.