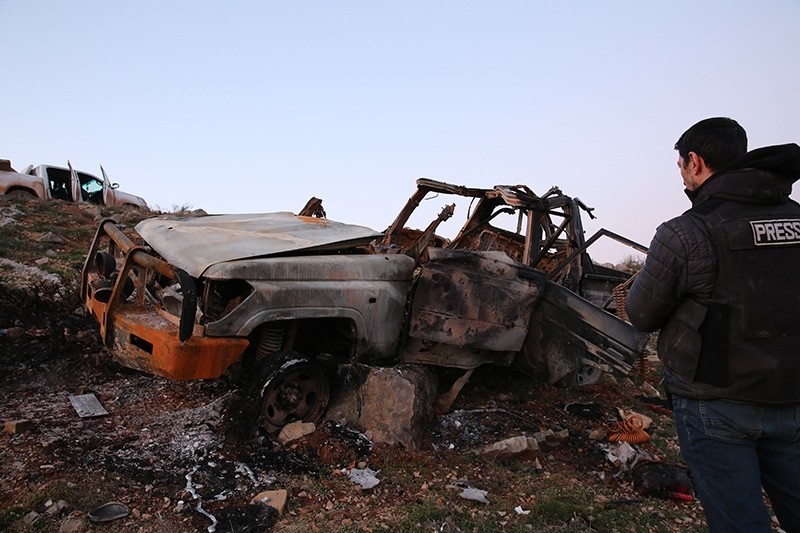 Turkish tanks struck down an explosive-laden truck advancing towards an FSA position after the troops spotted it through thermal cameras.

Anadolu Agency (AA) also filmed the military action carried out on a strategic hill in the west of Afrin.

On Jan. 20, Turkey along with the FSA launched Operation Olive Branch to clear the PKK terror group's Syrian affiliates the Democratic Union Party (PYD) and its armed wing the YPG as well as Daesh terrorists from Afrin.

The operation is being carried out under the framework of Turkey's rights based on international law, U.N. Security Council resolutions, its self-defense rights under the UN charter, and respect for Syria's territorial integrity, it said.

The military also said only terror targets were being destroyed and the "utmost care and sensitivity" were being used to not harm civilians.