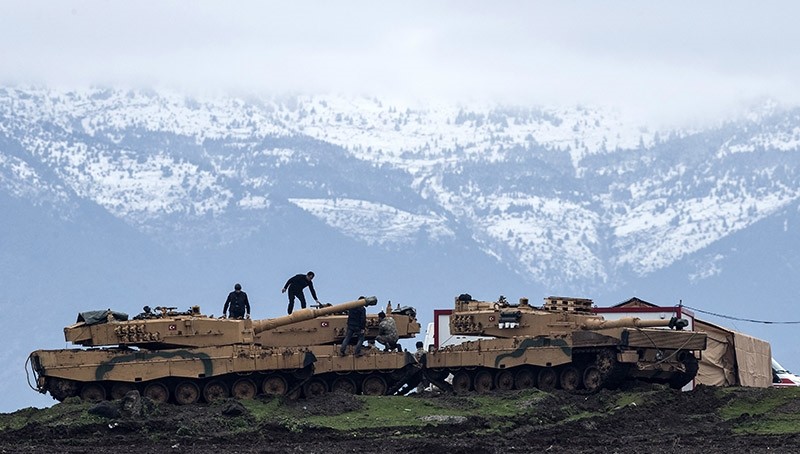 A total of 1028 PKK-linked People's Protection Units (YPG) and Daesh terrorists have been "neutralized" in Operation Olive Branch in Syria's northwestern Afrin region, the military said in a statement Thursday.

The military said that 29 terrorists have been "neutralized" in airstrikes carried out overnight.