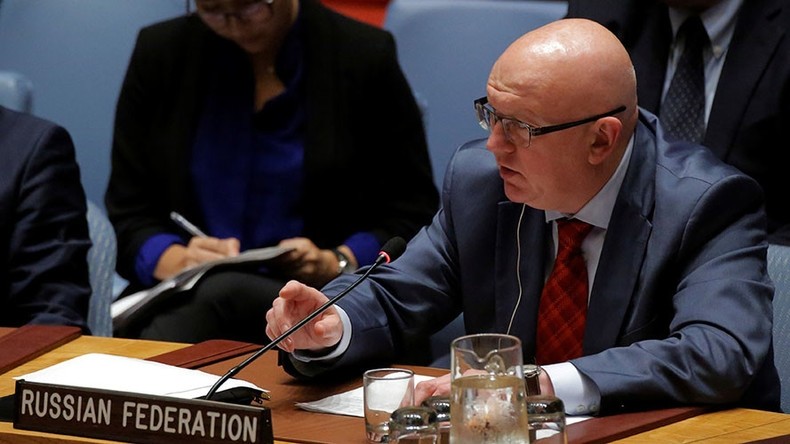 The YPG is the armed Syrian affiliate of the PKK, a globally-recognized terrorist group, and the SDF is the umbrella organization dominated by YPG.

The ambassador also said that this problem is ignored by the U.S. and accused America of double standards in fight against terror.

"The fact that such an issue remains virtually unnoticed serves as a testament to a persistent double standard with respect to terrorists," Nebenzia said.

"All those who delivered direct or indirect assistance to ISIL, not to mention the fighters themselves, must be held to account," he added, using an alternative acronym for Daesh terrorist group.

Nebenzia also said he will raise the U.S.-led coalition's deadly airstrike on Assad regime-backed troops during closed consultations later on the same day at the U.N. Security Council.

Nebenzia told reporters at U.N. headquarters in New York he was not expecting a statement from the Council, which would require consensus among the 15 members including the United States.

The U.S.-led coalition said its action in eastern Syria was in "self-defense," citing a major attack on its allied forces and U.S. advisers in Deir el-Zour province by 500 fighters. A U.S. military official earlier said about 100 of the attackers were killed in the overnight strike.

Nebenzia said it was also "regrettable" that the Security Council wouldn't support a statement that Russia sought Wednesday following an attack in Damascus that damaged its trade mission.