Children forcibly recruited to fight for YPG terrorists speak out 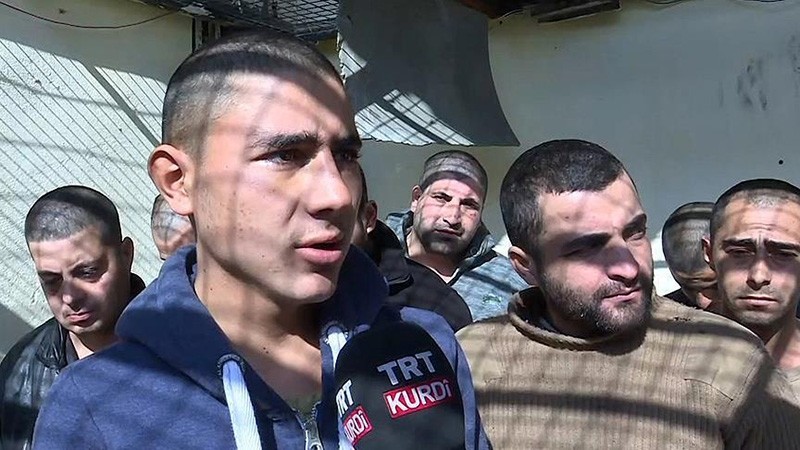 As the Turkish-led Operation Olive Branch continues in Syria's northwestern Afrin region, children forced to take up arms by the terrorist PKK-linked People's Protection Units (YPG) told their stories of how they were recruited by the terror group and what they endured.

Speaking to Turkish state television TRT Kurdish, a 10-year-old boy who did not give his name said: "The YPG forced me to take up arms and then they sent me to training. I stayed there for 12 days."

"On the 13th day, I escaped from there together with [my friend] Bashir because they weren't good people.

"No one came here of their own will. They made us get in cars and wanted us to sign a bunch of papers and then made us wear camouflage. Nobody joined [the YPG] willingly."

VIDEO — Children as young as 10 forcibly recruited to take up arms for YPG terrorists in Syria's northwestern Afrin tell harrowing stories of being threatened, kidnapped and forced into war https://t.co/dK0VFv1pUH pic.twitter.com/lCQHbETTDg

Another boy who didn't give his name said that his father couldn't stop the terror group from taking him.

"My father didn't accept them recruiting me. They insisted on recruiting us and my father argued with them, but he couldn't stop them from bringing me here," he said.

"The YPG and PKK need to leave Afrin," he said, adding: "It's the people who are suffering."

A 16-year-old boy who called himself Orik said when he crossed into Turkey during the eid holiday to see his sister, he was caught by the terror group.

"Actually, I crossed over into Turkey. I came to Turkey in order to see my older sister during the festival. The YPG caught me and told me I would take up arms, even forcibly. They put me in a big sack and took me to the fighting by car," Orik recalled.

"They brought all of us forcibly," he added.

"The PKK persecuted everyone, beat us up and brought us here by force. We didn't come here willingly. It's clear which people here came willingly."

"I'm only 16 and I was forcibly pushed into a war which I don't know," he added.

Orik also said that the terror group has nothing to do with Islam.

"They forbid you from praying. You can't go to the mosque. If you do, they beat you up and persecute you."

"What I want is our life to return to normal. Let the YPG leave us," he said. "They're carrying out activities in four countries but they can't. In the end they'll be defeated."

"One day they stopped me and told me that I would take up arms," said another boy who did not give his name and age, adding that he had been minding his own business before then.

"I didn't want such things to happen. I don't have any problem with Arabs, Turks, or Christians. We could live here like brothers," he said.

One 18-year-old said he was forced by the terrorist group to take up arms when his other family members, including his mother, were threatened.

"They took me in the guise of compulsory military service. My father is dead. I need to feed my family. I told them, I have nobody and need to take care of my family," he said.

The military also said the "utmost care" is being taken to avoid harming civilians.

Afrin has been a major hideout for the PYD and other terrorists since July 2012 when the Assad regime in Syria left the city to the terror group without a fight.