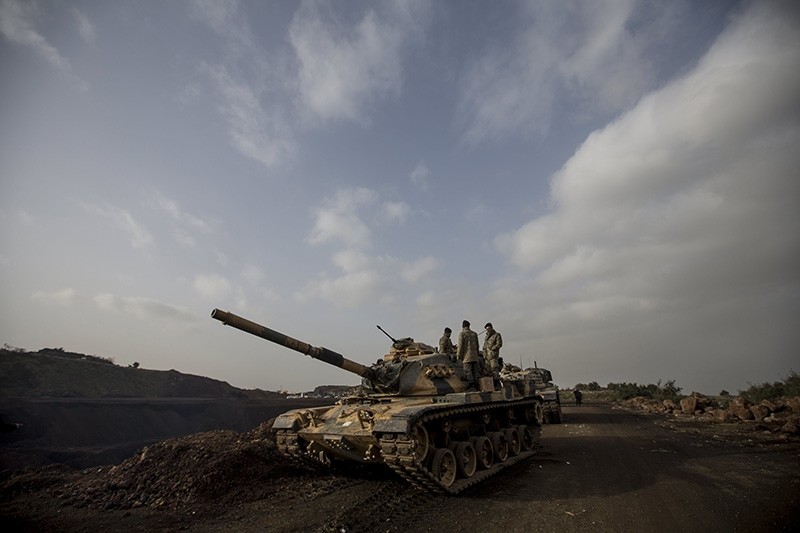 At least 1141 terrorists have been "neutralized" since the beginning of Operation Olive Branch in Syria's Afrin, the Turkish military said Saturday.

In the statement, the military said that airstrikes by Turkish jets destroyed shelters, hideouts and ammunition depots belonging to the PKK-linked People's Protection Units (YPG) and Daesh terrorists in northern Syria.

A total of 36 targets were destroyed on the 22nd day of the counter-terror operation, killing 79 terrorists, the statement elaborated.

Later in the day, Turkish forces and the FSA announced that they had liberated the village of Deir Ballut in Jandaris, western Afrin, from YPG/PKK terrorists.

Since the operation began, Turkish forces and the FSA have liberated a total of 47 zones, including 30 villages and 13 strategic mountains or hills.