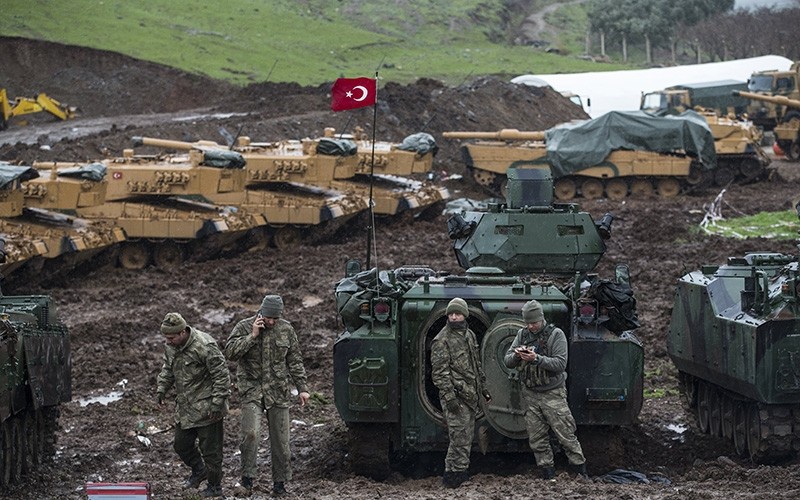 Earlier on Sunday, Turkish military and the FSA captured Hec Iskendere village in the west of Jandairis in Afrin.

Turkish Armed Forces (TSK) said Sunday that at least 1266 terrorists have been "neutralized" since the beginning of Operation Olive Branch.

In the statement, the military said that airstrikes by Turkish jets destroyed shelters, hideouts and ammunition depots belonging to the PKK-linked People's Protection Units (YPG) and Daesh terrorists in northern Syria.

A total of 19 targets were destroyed on the 23rd day of the counter-terror operation, killing 86 terrorists, the statement elaborated.

Since the beginning of the operation, 49 different strategic areas have been captured from the clutches of terrorists, among them a town center, 32 villages, three rural areas and 13 hills.

According to the Turkish General Staff, the operation aims to establish security and stability along Turkey's borders and the region as well as to protect Syrians from oppression and cruelty of terrorists.

The military has also said that only terrorist targets are being destroyed and "utmost importance" is being put on avoiding harming civilians.

Afrin has been a major hideout for the PYD since July 2012 when the Assad regime in Syria left the city to the terror group without a fight.