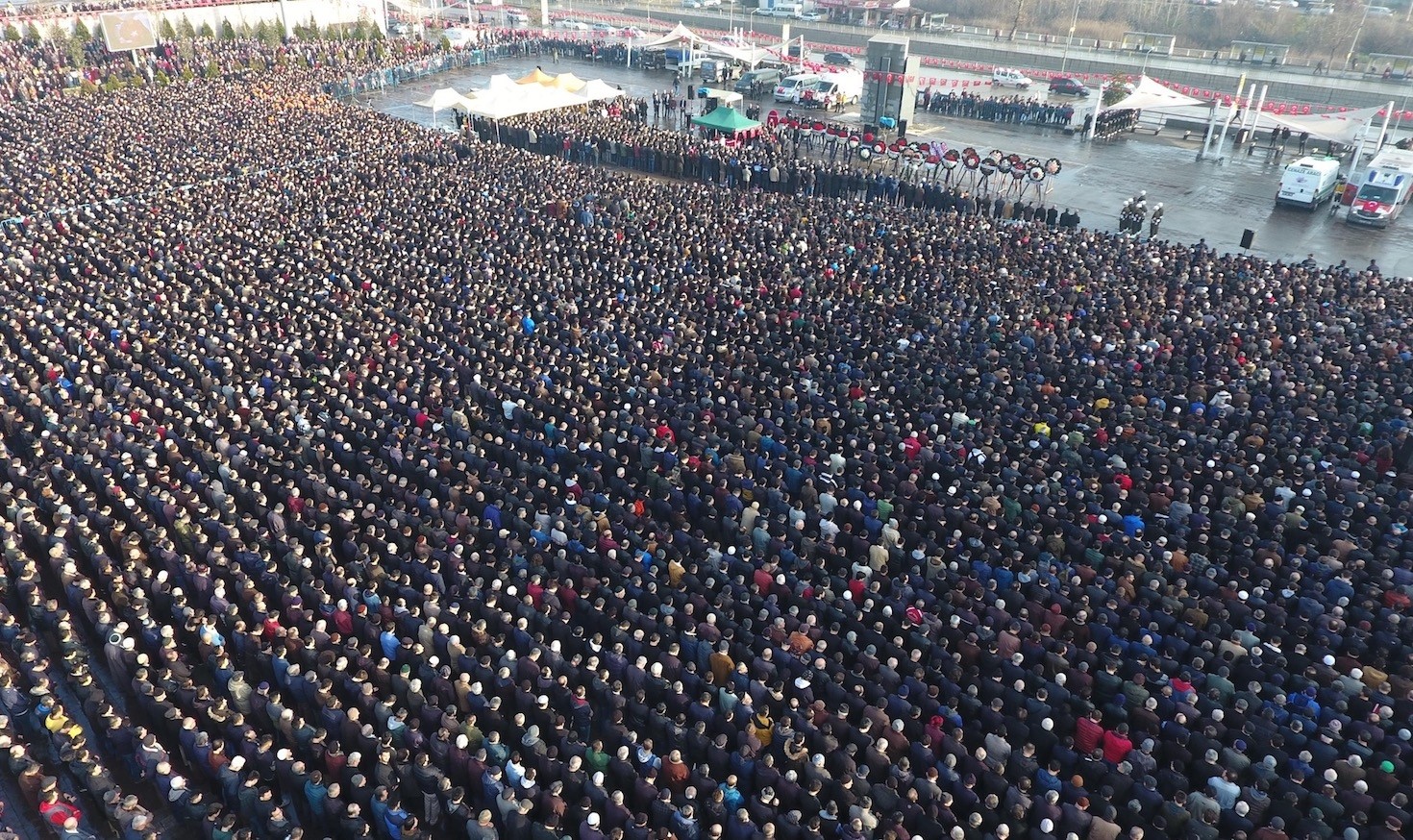 Funerals were held in different cities for 11 Turkish soldiers killed in clashes in Afrin and a helicopter crash on Saturday. On Feb.8, thousands of people, including several ministers and high-ranking soldiers, gathered in the center of the northern province of Karabük for the funeral of non-commissioned Sergeant Ömer Bilal Akpınar.

Similarly, Specialist Sergeant Hüseyin Şahin was put to rest with more than 10,000 people in attendance yesterday in the northern city of Samsun. People who could not fit in the funeral area due to the crowd had to pray on rooftops. The 27-year-old Şahin was married for just 8 months.

In a statement, the Turkish General Staff said an ATAK helicopter crashed at around 1 p.m. (1000 GMT) during the ongoing operation in Afrin. So far, 16 Turkish soldiers have been killed during the operation, leaving the whole country in sorrow. The funeral ceremonies for these soldiers reflect the grief in society.