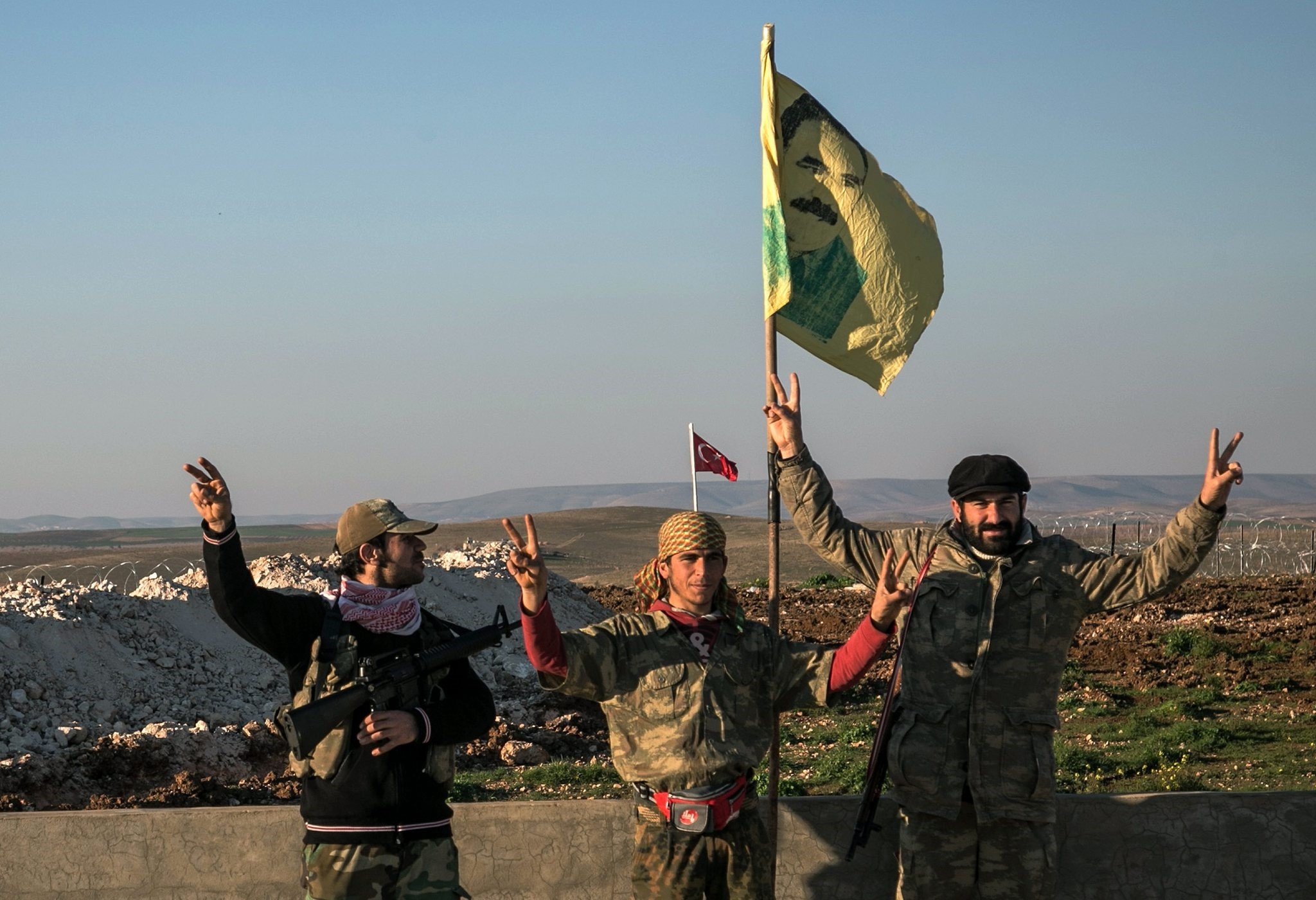 Chasing short-term survival in northern Syrian cities by siding with different actors, the PKK-affiliated YPG is wielded by other powers as a tool against Turkey to diminish Ankara's influence in the region

The latest developments from Turkey's Operation Olive Branch in Afrin has once again revealed that different powers propel PKK-affiliated groups or overlook their presence and use them as a ground force in northern Syria to deter Ankara's area of influence in the region. The ties of the PKK's Syrian affiliate, the Democratic Union Party (PYD) and its armed wing People's Protection Units (YPG), with Washington have long been the top issue that has been straining relations between the two NATO allies.

After Turkey launched Operation Olive Branch with Free Syrian Army (FSA) forces to wipe out the PKK's presence in Afrin, Ankara and Washington started to negotiate on the PYD's expulsion from Manbij and its retreat to the east of the Euphrates River. Yet, U.S. officials, especially commanders from the U.S. Central Command (CENTCOM), are resisting Turkey's objections. But the terrorist group has also been seeking to continue its presence by latching on such ephemeral alliances in northern Syria. It started to receive help from the Bashar Assad regime, who previously designated YPG-led forces as "traitors." The regime, overlooking the passage used by YPG forces to reach Afrin through the territory it holds, reportedly aims to deter Turkey's advance. Representatives of both sides confirmed the situation to Reuters.

"The Syrian regime is helping the Kurds with humanitarian support and some logistics, like turning a blind eye and allowing Kurdish support to reach some fronts," said the commander fighting in the fronts of the Assad regime, who spoke on condition of anonymity.

Badran Himo, another YPG official from a district held by the YPG in regime-held Aleppo province, said, "Of course people went from Sheikh Maqsoud – in the hundreds – to bear arms and defend Afrin."

This alliance can be considered odd even among complex alliances and entangled political interests in Syria, as the Assad regime and SDF are actively conflicting in eastern Syria.

On Wednesday, the U.S. military launched airstrikes on Iranian-backed paramilitary forces and Assad regime troops after as many as 500 attackers began – what a U.S. military official said appeared to be – a coordinated assault on the SDF accompanied by U.S. advisers in Deir ez-Zor. About 100 of the attackers were killed, the U.S. official further said.

Besides the Assad regime, militias loyal to Iran have also allegedly been fighting on the YPG's side in Afrin. Photos of YPG terrorists posing with Iranian-made military vehicles in Afrin were also revealed on social media.

Additionally, a video of militants targeting the Turkish Leopard tank in Afrin while shouting, "Ya Zahra," a phrase of worship mostly used by Iranian-backed Shiite paramilitary groups, surfaced on social media. However, there is no confirmation that the people shouting in the video are Iranian-backed militias or that the military vehicles were provided by Iran or the Assad regime.

Although the YPG receives support from various powers, Turkish forces and the FSA continue to advance in several fronts in Afrin. The Haj Iskandar and Taladil villages were liberated from YPG terrorists on Sunday as Operation Olive Branch forces approach Jinderes, a town located in southwest Afrin.

The Turkish military said in a statement on Sunday that at least 1,266 terrorists have been "neutralized" – captured dead or alive, or surrendered – since the beginning of the operation on Jan. 20.

The military said that airstrikes by Turkish jets destroyed shelters, hideouts and ammunition depots belonging to the PKK-linked YPG and Daesh terrorists in northern Syria. A total of 19 targets were destroyed on the 23rd day of the counterterrorism operation, killing 86 terrorists, the statement added.