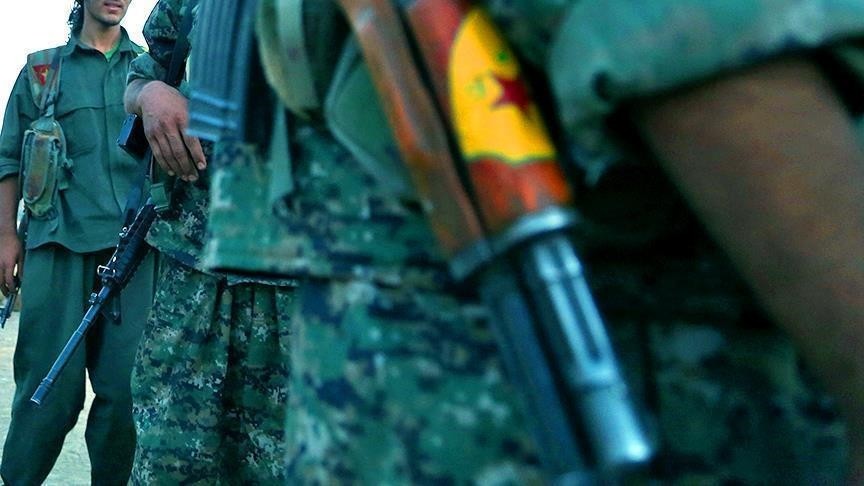 Germany's domestic intelligence agency has warned about growing PKK activity and violence in the country, adding that the terrorist group aims to create an autonomous region in northern Syria via its "sister organization" PYD -- the terror group's Syrian offshoot.

"As long as the military offensive of Turkey against YPG positions in Syria continues, a sharp increase is likely in PKK demonstrations and actions in Germany," the Federal Office for the Protection of the Constitution, or BfV, said in a recent analysis posted on its website.

PKK supporters have resorted to violence across Germany in recent weeks, attacking Turkish associations and mosques amid Turkey's military operations against terrorist PYD/PKK/YPG targets in northwestern Syria and the Afrin region.

The German intelligence analysis said that the goal of the terrorist PKK group was to create an autonomous region in the north of Syria, in close cooperation with the PYD and its military wing YPG.

The BfV analysis said Afrin was one of the three areas in northern Syria, which are dominated by "the PKK's sister organization PYD and their militia YPG".

The PKK has been banned in Germany since 1993, but it is still active across the country, with nearly 14,000 followers, according to BfV.

While the German domestic intelligence agency described the PYD and YPG as "sister organizations" of the PKK, the German government has not yet taken any legal action to outlaw the two groups in the country.

On Jan. 20, Turkey launched Operation Olive Branch to prevent a "terror corridor" from forming along its border.

Afrin -- a region bordering Turkey's southern Hatay and Kilis provinces –has been controlled by the PYD/PKK terrorist group since 2012, when Syrian regime forces withdrew from the area.

The PKK, which is listed as a terrorist organization by Turkey, the U.S., and the EU, waged a terror campaign against Turkey for more than 30 years, killing nearly 40,000 people.