US taxpayers should question money sent to be used by YPG terrorists, Erdoğan says 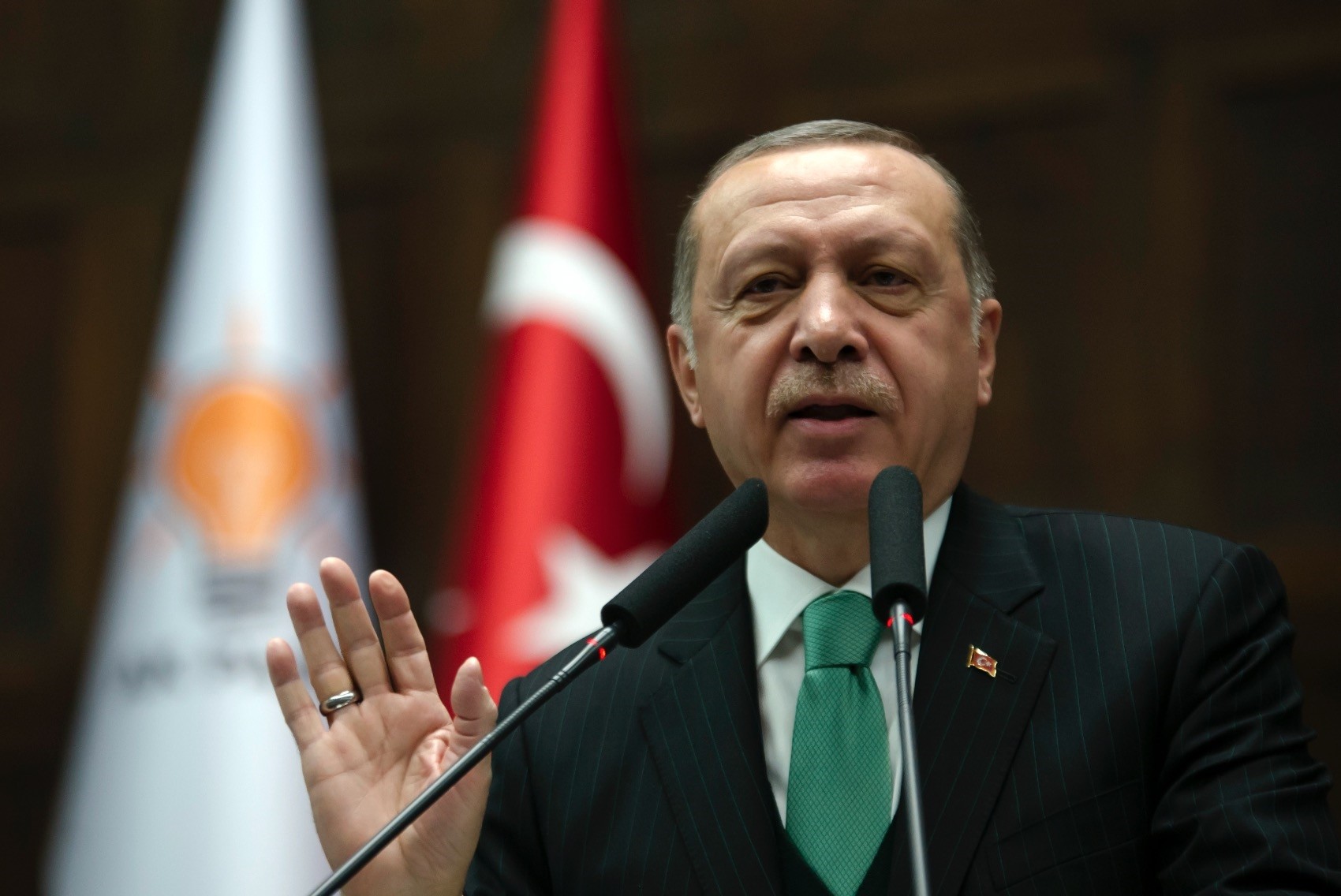 President Erdou011fan speaks at a parliamentary meeting of the ruling Justice and Development Party (AK Party), Ankara, Feb. 13.
by Daily Sabah Feb 14, 2018 12:00 am

President Erdoğan called on U.S. citizens to question the money provided from the national budget to YPG in Syria, as the Pentagon has allocated $550 million in its 2019 budget to the PKK-affiliated group

President Recep Tayyip Erdoğan called on U.S. citizens to show sensitivity regarding the money they provide for the national budget as it has been used to support the People's Protection Units (YPG), an offshoot of PKK terrorist group, which attacks Turkey. Speaking at the parliamentary meeting of the ruling Justice and Development Party (AK Party) yesterday, Erdoğan pointed to the U.S. financial support for the YPG, stressing that it is U.S. taxpayers' money that funds the terrorists. The U.S's arm support to the YPG has led to an ever-widening chasm between the two NATO allies.

Turkey has repeatedly warned the U.S. that propping up a terrorist group along Turkey's border will pose great security threats that would push the region into an abyss. The U.S. backs YPG terrorists and has vaunted them for "their success in the fight against Daesh." However, the terrorist group has taken control of vast swathes of territory in Syria under the pretext of fighting against Daesh. Ankara strongly rejects the existence of a terror group on its border since these regions might be used as a launching pad for attacks against Turkey. Citing that Turkey shares a 911-kilometer-long border with war-torn Syria and faces existential threats, Erdoğan said that some countries that have no relation to the region have inserted themselves in the war.

Erdoğan highlighted that the U.S. will provide $550 million to the Syrian Democratic Forces (SDF), which is dominated by YPG terrorists, and he added that there are some rumors that the amount might be even higher.

The U.S. government announced on Monday that the Pentagon's 2019 budget will include $300 million for the train-and-equip program for the SDF and $250 million for building a "border security force" in Syria.

With this move, the Pentagon has increased the money allocated for its partners in Syria, including SDF forces, to $550 million, from $500 that allocated last year. It also requested $850 million to provide training and other military assistance to peshmerga forces and the Iraqi army.

The U.S. federal budget bill includes huge spending increases for the military: The Pentagon will get $94 billion more this budget year than the last – a 15.5 percent jump. It's the biggest year-over-year windfall since the budget soared by 26.6 percent, from $345 billion in 2002 to $437 billion the year after, when the nation was fighting in Afghanistan, invading Iraq and expanding national defense after the 9/11 attacks.

In relation to the issue, Turkish officials said the U.S. is blotting its own image by funding terrorists as a NATO ally.

Commenting on the upcoming visit of U.S. Secretary of State Rex Tillerson, Erdoğan said, "We'll present all these facts to them. This issue needs to be resolved in accordance with the law. If not, it won't be a model relationship."

Meanwhile, on Tuesday, Tillerson said the U.S. is "keenly aware" of Turkey's security concerns and remains concerned over the recent events in northwest Syria.

Speaking at a meeting of the global coalition against Daesh in Kuwait, which Foreign Minister Mevlüt Çavuşoğlu also attended, Tillerson said the end of major combat operations against Daesh does not mean the United States and its allies have achieved an enduring defeat of the terrorist group.

Ankara has been stressing that it will not show leniency toward terror threats and the operation will tilt toward the east, which raises concerns for the future of ties with the U.S. because it has a presence in Manbij.