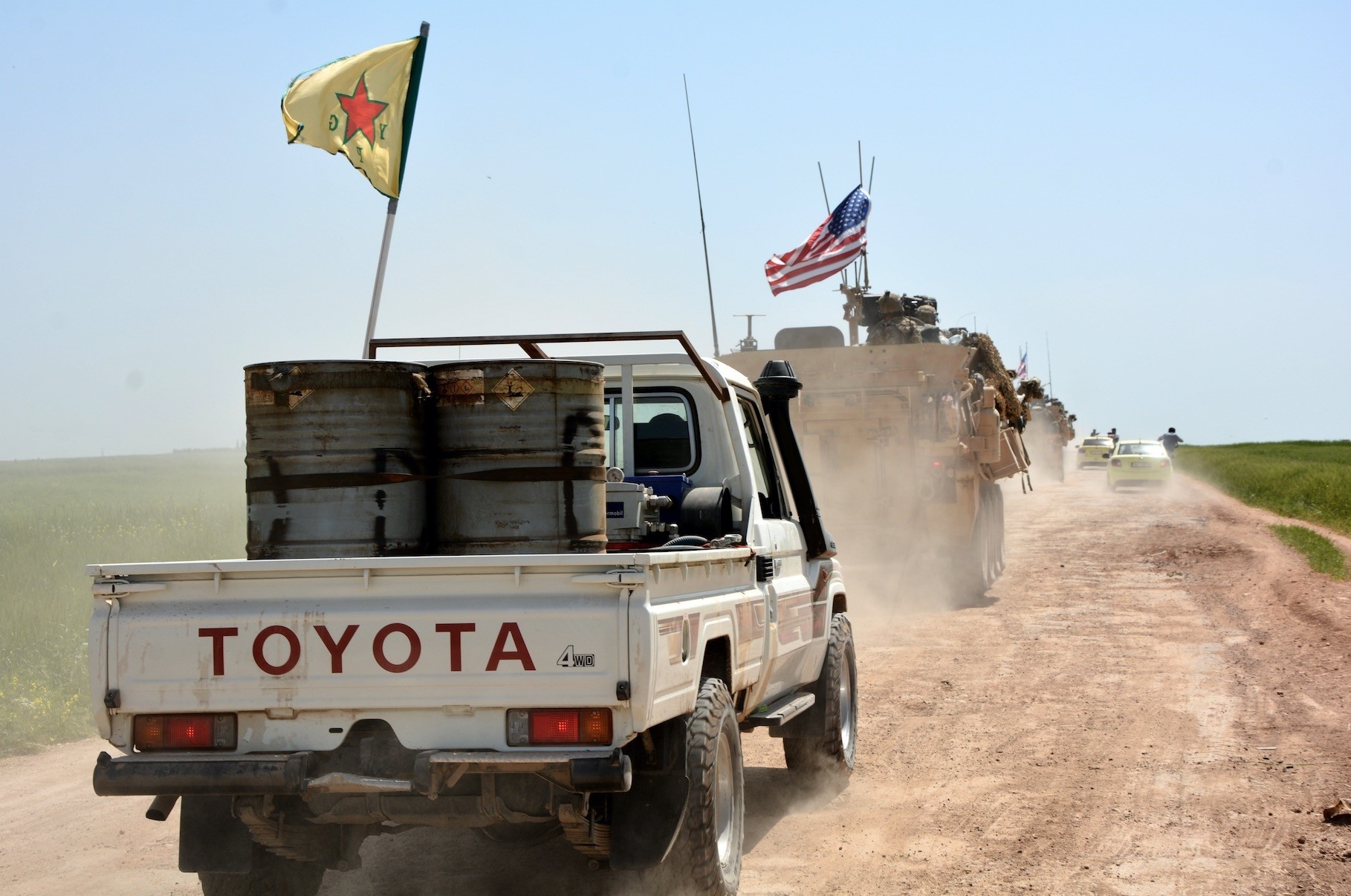 A U.S. intelligence report again confirmed Ankara's concerns by citing the link between PKK, which the U.S. designated as a terrorist group, and YPG in northern Syria, putting Washington's support for the YPG in a unusual predicament

The People's Protection Units (YPG) is "the Syrian militia" of the PKK terrorist group, U.S. Director of National Intelligence Dan Coats said in a report published Tuesday. The annual report, "Worldwide Threat Assessment of the U.S. Intelligence Community," defines threats to U.S. national security in 2018, according to the country's intelligence community. Assessing the situation in Syria, Coats acknowledged the link between the YPG and PKK, which is designated as a terrorist organization by Turkey, the U.S. and EU. He went on to say that the YPG "probably will seek some form of autonomy [in northern Syria] but will face resistance from Russia, Iran, and Turkey."

This confirms Ankara's concerns that the PKK's Syrian affiliate Democratic Union Party (PYD) and its YPG militia seek to create a "terror state" along Turkey's 822-kilometer border with Syria. However, this is not the first time the U.S. has confirmed this link. Despite the previous U.S. administration's insistence on recognizing no direct link between the PKK and the PYD and its YPG, former U.S. Secretary of Defense Ashton Carter had confirmed the link between the groups while testifying before a Senate panel in April 2016.

After acknowledging the link between the PKK and PYD, Carter confirmed that the PKK is a designated terrorist group by the U.S., Turkey and the EU.

The CIA has also officially confirmed that its sees the PYD, whose former co-chair is Salih Muslim, as the Syrian affiliate of the PKK. Under its "The World Factbook" section and Syria subcategory, the agency listed the Syria-based PYD as a PKK branch under foreign-based terrorist groups. The page was last updated on Jan. 23, 2018.

The fact that the CIA connects the YPG and PYD with the PKK, besides confirming the U.S.'s open support for a terrorist group, is also legally problematic for the U.S., as it is against U.S. law, as 18 U.S. Code § 2339B on providing material support to designated foreign terrorist organizations clearly states: "Whoever knowingly provides material support or resources to a foreign terrorist organization, or attempts or conspires to do so, shall be fined under this title or imprisoned not more than 20 years, or both, and, if the death of any person results, shall be imprisoned for any term of years or for life."

Also, the profile page for the PYD on the U.S. National Counterterrorism Center (NCTC) website, describing the group as the Syrian affiliate of the terrorist PKK-KONRA-GEL (KGK), has been blocked to access hours after news regarding the page went viral.

After the incident, U.S. State Department deputy spokesman Mark Toner said that the U.S. Department of State "follows a different procedure to recognize any organization as a foreign terrorist organization" while adding that he has "no authority to talk on how other U.S. state institutions or a certain website defines the YPG [the PYD's armed wing]." Other American officials including U.S. Navy Captain Jeff Davis remained silent and declined to answer questions on the closing of the web page. The U.S. government also removed mention of the PKK-affiliated group in the Counterterrorism Calendar's current 2016 version, without offering any official explanation.

Previously, Muslim also implicitly accepted that there were hundreds of PKK militants in the ranks of the YPG.

The U.S.'s continuous support for the Syrian Democratic Forces (SDF), which is dominated by YPG terrorists, has long been a cause of tension between Ankara and Washington.