Turkey proposes to station own, US troops together in Syria's Manbij 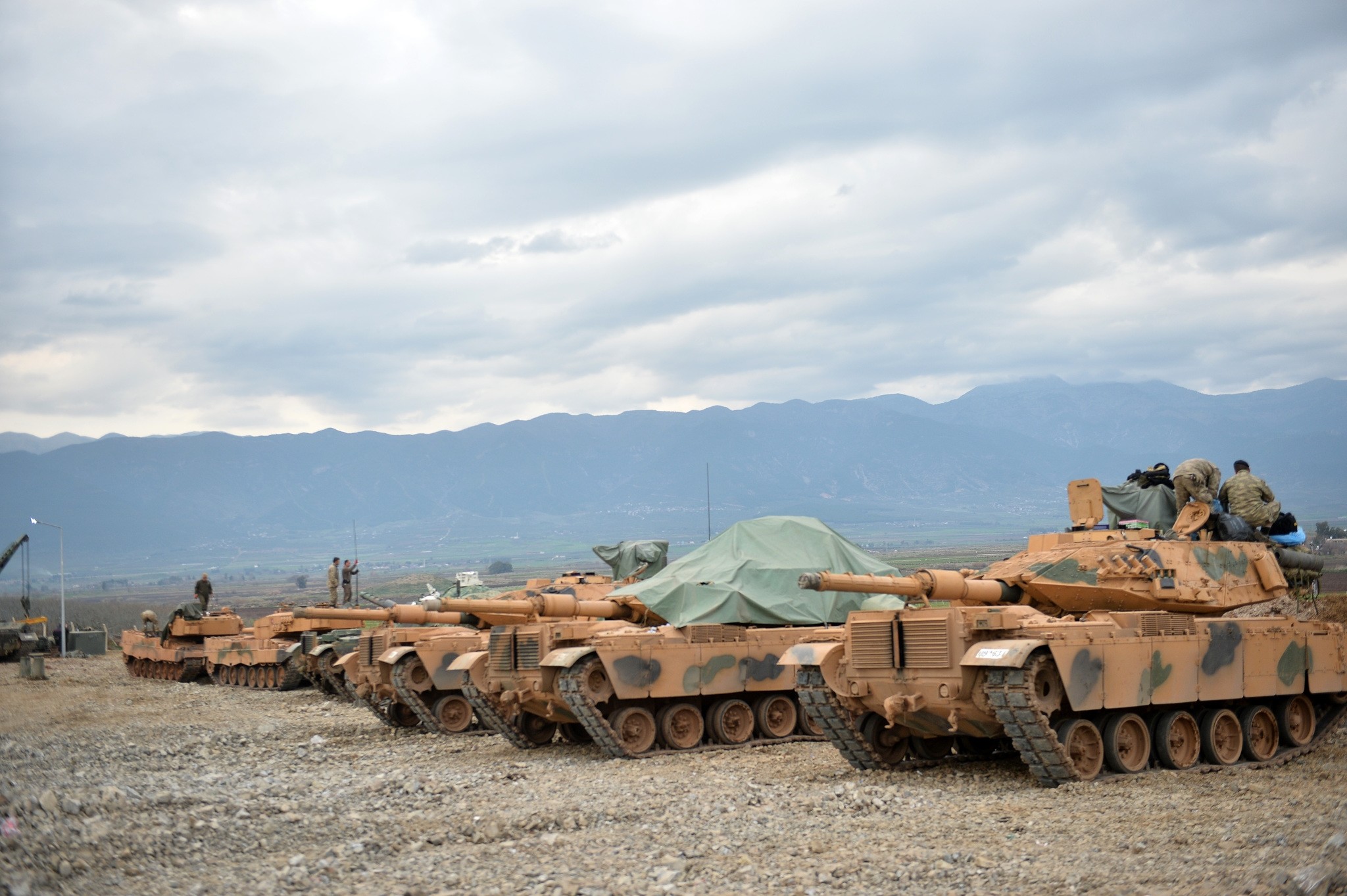 Turkey has proposed to the United States that the PKK's Syrian offshoot the People's Protection Units (YPG) withdraw to east of the Euphrates river in Syria and that Turkish and U.S. troops be stationed together in the country's Manbij area, a Turkish official said on Friday.

The proposal could mark a breakthrough in efforts to overcome the NATO allies' stark differences over Syria policy. Relations have recently neared a breaking point over U.S. support for the YPG militia, seen as terrorists by Turkey and acknowledged as the PKK's Syrian militia in U.S. intelligence reports.

The official, who declined to be identified because the information had not been made public, said the United States was considering the proposal, which was made to U.S. Secretary of State Rex Tillerson during his two-day visit to Ankara.

The United States did not immediately respond to a request for comment on the Turkish proposal.

Tillerson arrived in Turkey on Thursday for two days of what officials have said would likely be uncomfortable discussions between the allies. He and President Recep Tayyip Erdoğan on Thursday had a "productive and open" discussion on improving ties, a U.S. State Department spokesman traveling with Tillerson said.

On Jan. 20, Turkey launched Operation Olive Branch to clear YPG/PKK and Daesh terrorists from Afrin in northwestern Syria, while establishing security and stability along Turkey's borders and the region as well as protecting Syrians from terrorist oppression and cruelty.

Ankara has long called for YPG forces to move east of the Euphrates river in Syria. It has also previously said it might extend its anti-terror operation to the town of Manbij, some 100 km (60 miles) east of the Afrin region. U.S. troops are already stationed near Manbij.

The YPG's ultimate aim is to establish an autonomous region in northern Syria by connecting the northwestern Afrin canton to the Kobani and Jazeera cantons in the northeast. As such, Turkey's operation aims to put an end to the group's autonomy plans, which Ankara terms a "terror corridor."