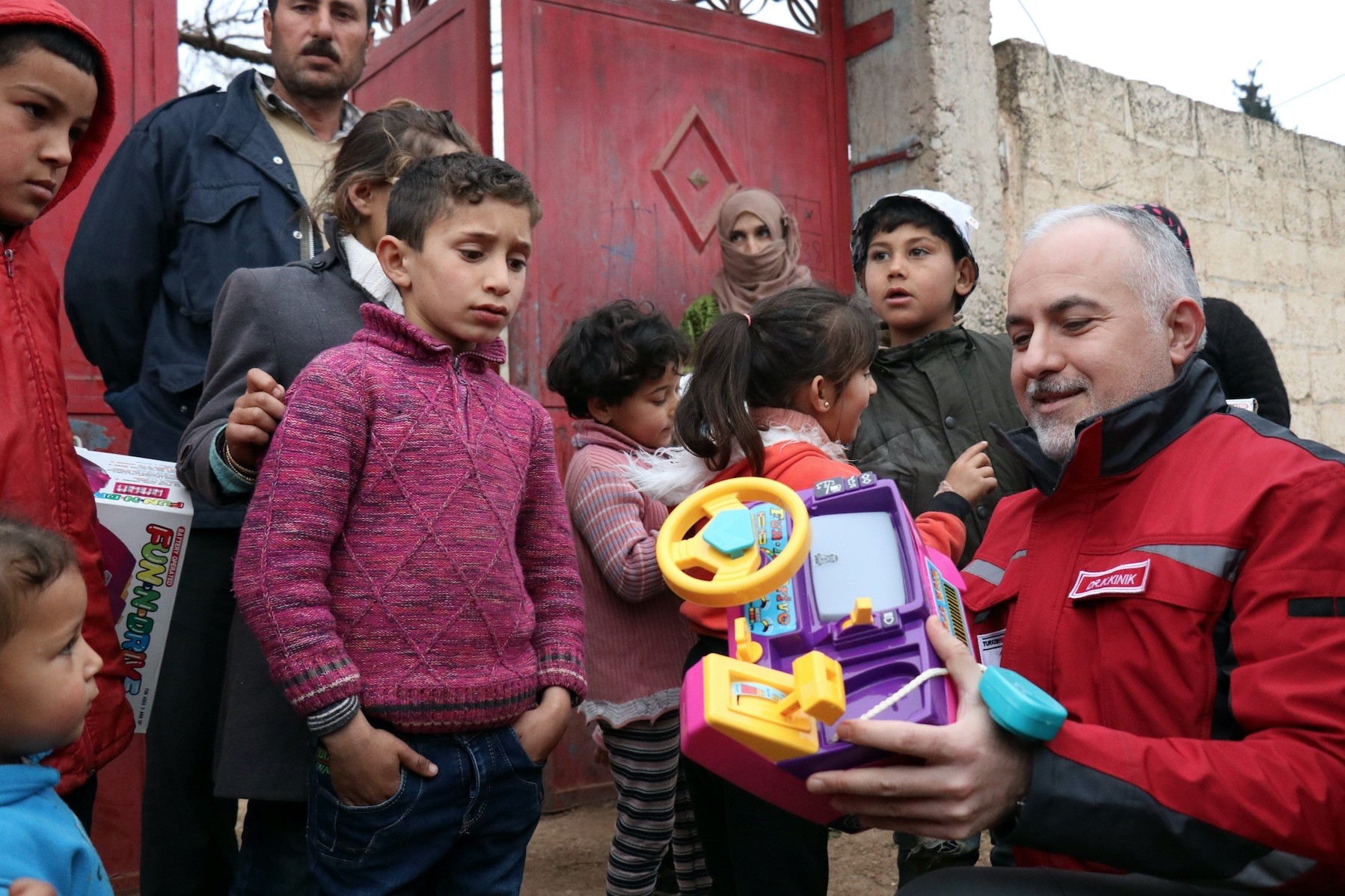 Led by Kerem Kınık, the group's head, the Red Crescent handed out humanitarian aid and toys to families and children in the village of Deir Ballut in Jinderes, Afrin.

Speaking to Anadolu Agency (AA), Kınık said that while the counter-terrorist operation in Afrin progresses, the Turkish Red Crescent has continued to reach civilians living in liberated villages.

"We're trying to meet the needs of the children and families. As the safe zones grow larger, our aid will reach all throughout Afrin," Kınık said. "During this time, we have plans to locate civilians inside the region to safe places and set up camps in the liberated area. We're looking for safe locations," he added.

Kınık said, "The villagers trust Turkey and the Turkish Red Crescent because they know we are guided solely by humanitarian aims."

"As humanitarian actors are here to ease the pain," he said.

During the aid distribution, the Red Crescent head, who is also a physician, examined a three-and-a-half-year-old boy, Temin Yemin.

Zurriya Yemin, the boy's mother, thanked Kınık, who told his team to keep in contact with the family.

"We haven't been able to see a doctor for about two years, God bless you," she said.