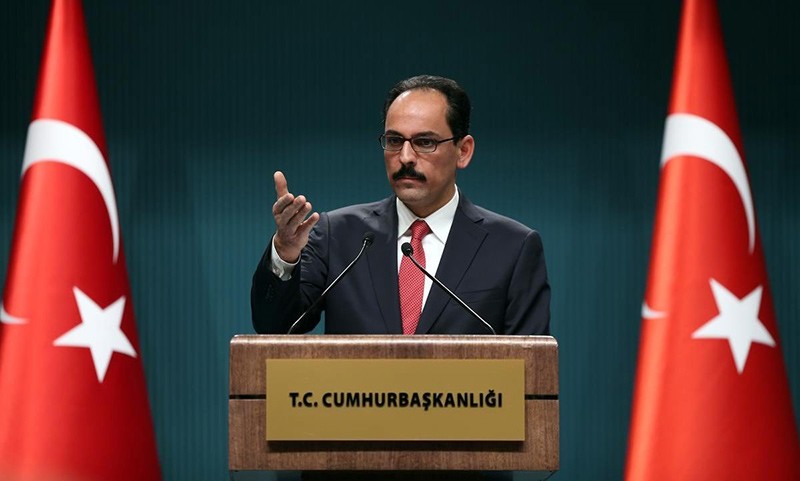 Kalın noted that while the reports sound like propaganda, they do not mean there is no "secret negotiation" between the Assad regime and the YPG.

The top presidential aide said on his official Twitter account that Turkey's anti-terror operation will continue with determination, regardless of what happens.

Syrian state media said Monday that pro-Assad forces will begin entering Afrin "within hours," after reaching an agreement with the YPG terrorists in control of the region.

Turkey has long said that it will not allow such an establishment, due to the group's organic links to the PKK terror organization, which is listed as a terrorist group by the United States, the EU, and Turkey. However, despite clear organizational links between the groups, the U.S. has supported the YPG, under the Syrian Democratic Forces, in the fight against Daesh since 2015 by providing them weapons and military equipment, as well as logistical support.