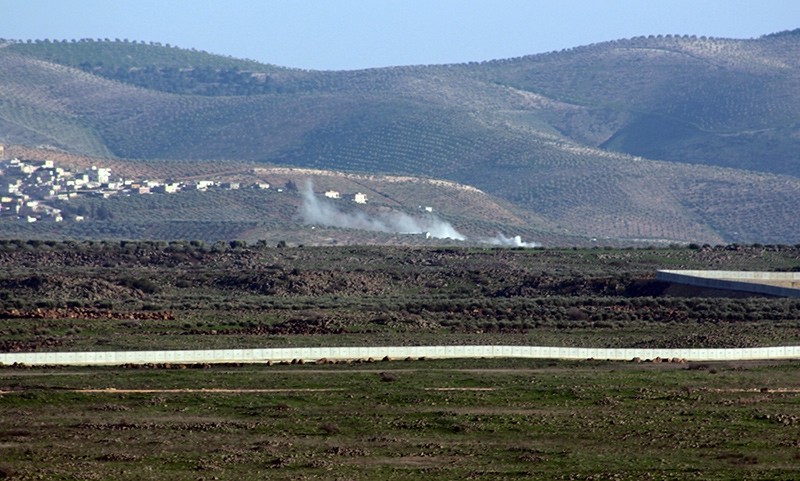 The number of terrorists "neutralized" in Operation Olive Branch in Syria's Afrin has reached 1,715, the Turkish military said Tuesday.

In a statement, the military said that terrorist targets, including shelters and hideouts, have been shelled from the border province of Kilis.

The TSK said later Tuesday that the YPG terrorists had been cut off from direct contact with the Turkish border in Kilis province following the capture of the Deir Sawwan village.

The YPG terrorists have fired nearly 100 rockets targeting civilian areas in the border provinces of Kilis and Hatay, killing seven people since the beginning of the Operation Olive Branch. 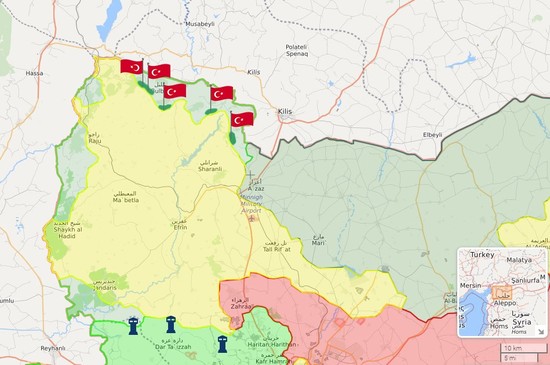 The southwestern parts of the district, Marwanah and Haykajah villages were liberated from YPG/PKK terrorists later in the day.

Since the beginning of the of the operation on Jan. 20 to remove the PKK/PYD/YPG/KCK and Daesh terrorists from Afrin district in northwestern Syria, one of Afrin's five towns, 59 villages, five smaller settlements, 20 strategic mountains and hills and one YPG/PKK training base have been cleared of the terrorist group.