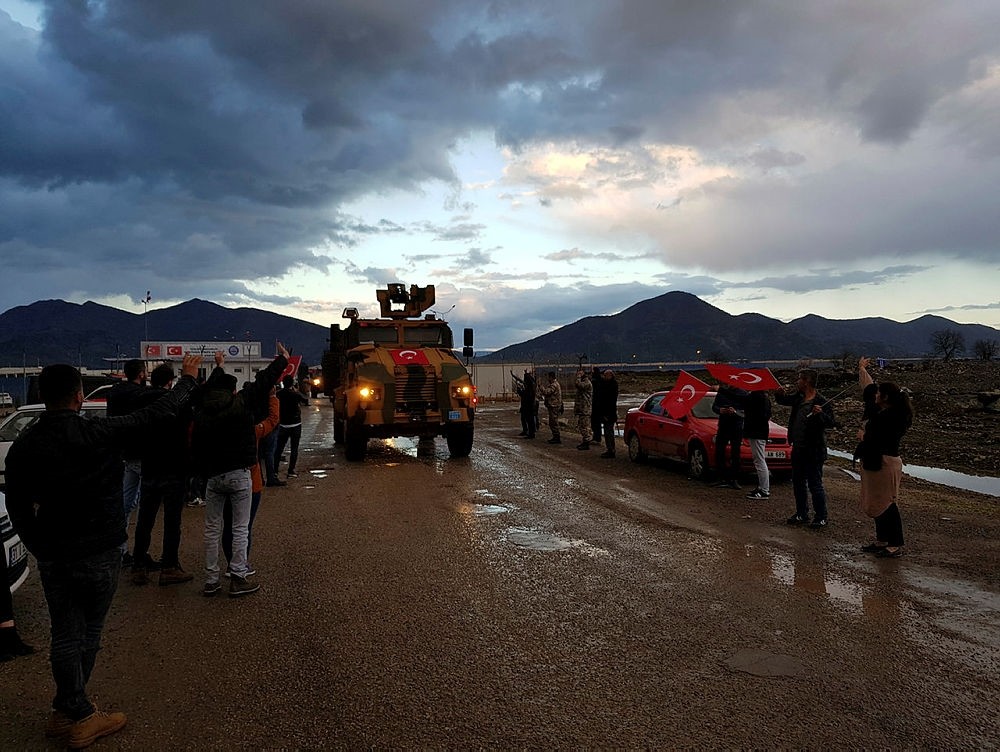 The Turkish police and gendarmerie special forces entered the Afrin region in northwestern Syria yesterday from the town of Hassa as part of the ongoing Operation Olive Branch against the PKK-affiliated People's Protection Units (YPG) as the Turkish Armed Forces (TSK) and Free Syrian Army (FSA) are close to encircling the city and tackle the group in expected urban warfare.

Interior Ministry sources said the Special Forces will be responsible for conducting operations in Afrin's urban areas and preventing the YPG from infiltrating villages that were liberated by the TSK and FSA.

Speaking on the operation Monday, Deputy Prime Minister Bekir Bozdağ said the U.N. cease-fire decision was taken to prevent clashes in Eastern Ghouta and does not affect Operation Olive Branch. "The operation is successfully continuing as planned. Many strategic points have been captured. It won't stop until all terrorists are driven from our border," he said in a televised interview.

The counterterrorism operation is ongoing on land and in the air as some 72 fighter jets have carried out airstrikes on terrorist targets and have aimed to prevent the infiltration of terrorists into civilian areas, the statement also read.

Photos from the ground showed Turkish people in the southwestern areas of Gülbaba, Kilis and Hassa, Hatay greeting the convoy entering Syria.

As civilians have already started returning to the villages cleared of the YPG, the TSK stepped up efforts to secure the areas so that conditions for locals' return are properly met.

Prime Minister Binali Yıldırım said on Sunday that 350,000 people in Turkey will return to Afrin after the YPG has been cleared from the region.

Kurdish brigade will fight against YPG in Afrin

The Kurdish Hawks Brigade, which has Kurdish and Arabic fighters, will join Operation Olive Branch under the umbrella of the FSA.

The brigade, which was formed by the Hamza Division, includes 400 Kurdish fighters from Azaz and 200 Arab fighters, also known as the "red berets," who deployed to Afrin yesterday, Cmdr. Hassan Abdullah Kulli told Anadolu Agency (AA).

"God willing, we will liberate our people in Afrin from PKK oppression," Kulli said.

The Hamza Division group, known as the "black berets," are also involved in the ongoing operation in the region.