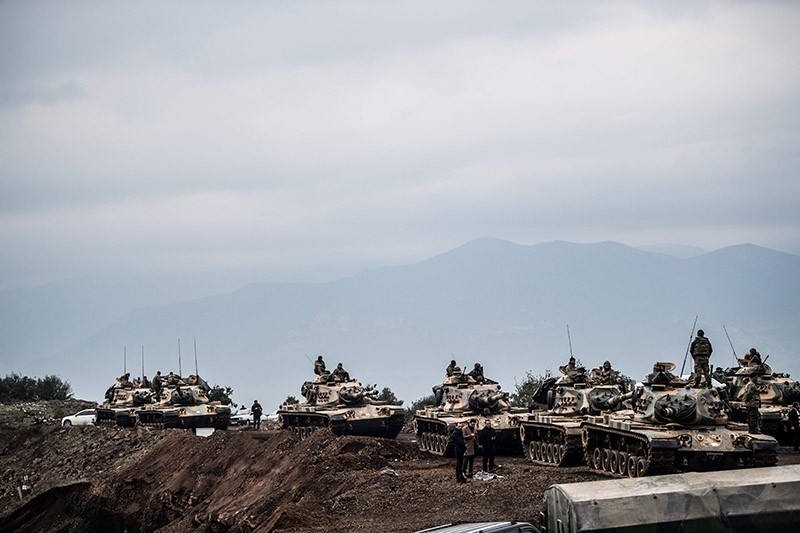 At least 2,222 terrorists have been "neutralized" in Operation Olive Branch since it was launched in northwestern Syria's Afrin, the Turkish military said Thursday.

During the ongoing clashes after the operation, five Turkish soldiers were killed by YPG terrorists and seven others were injured.

Since the launch of the operation, the Turkish army and the FSA liberated 116 locations including one of Afrin's five towns, 88 villages, six smaller villages, 20 strategic mountains and hills, and one YPG/PKK base.