One more village liberated from YPG in Afrin 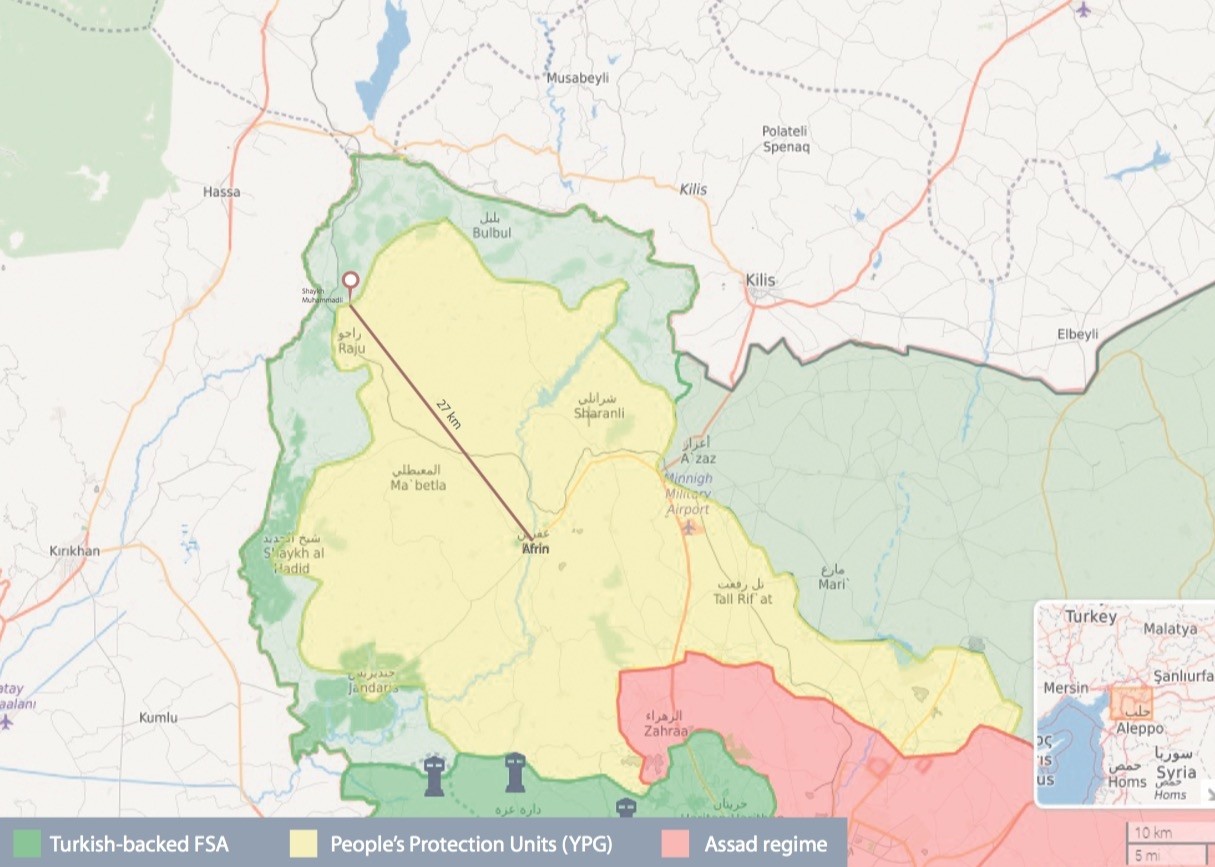 The village of Shaykh Muhammadli in the Rajo district in northwest of Afrin, has been cleared of YPG terrorists. Since Feb. 26, a crescent-shape corridor stretching along northwestern Idlib province and Aleppo province's Azaz district has cut the terrorists' connection from the Turkish border.

Since the launch of the operation on Jan. 20, the Turkish military and FSA hve liberated 116 locations, including one of Afrin's five towns, 88 villages, six smaller villages, 20 strategic mountains and hills and one YPG base.

A TSK statement yesterday also said that at least 2,222 terrorists have been killed in Operation Olive Branch.

Ankara launched the operation on Jan. 20 to secure Turkey's border with Syria by driving the YPG from Afrin. The operation aims to establish security and stability along the border and in the region as well as to protect Syrian people from the oppression and cruelty of terrorists.

The operation in Afrin, which abuts Turkey's Hatay and Kilis provinces was widely expected in the wake of Turkey's Operation Euphrates Shield in northern Syria from Aug. 24, 2016, to March 2017, which cleared Daesh terrorists from the border.

Afrin has been a major base for the YPG since July 2012, when the Bashar Assad regime in Syria left the region to the terrorist group without putting up a fight.