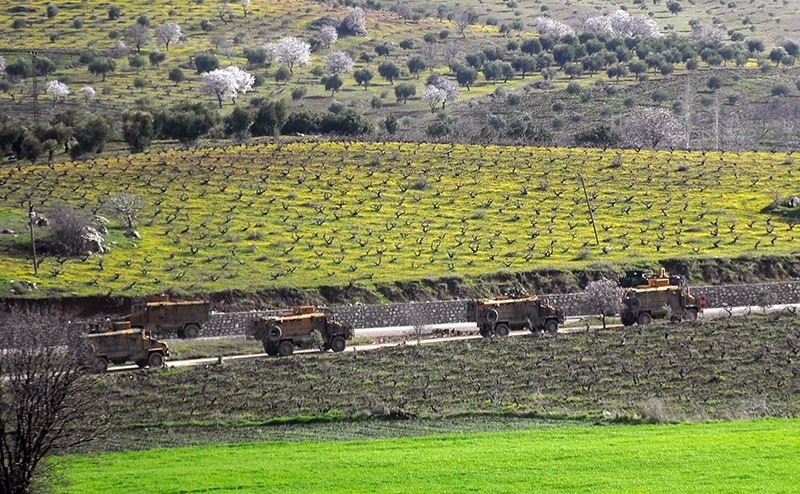 A convoy of Turkish gendarmerie special forces convoy departs for the town of Raju in northwest Syria's Afrin, in Gu00fclbaba village, Kilis, southern Turkey, on March 02, 2018. (IHA Photo)
by Daily Sabah Mar 02, 2018 12:00 am

As a part of the second phase, Utmanli, Maskanli and Mamali villages in western Afrin were liberated on Friday, and the Turkish Armed Forces (TSK) along with FSA fighters reached Raju's town center. 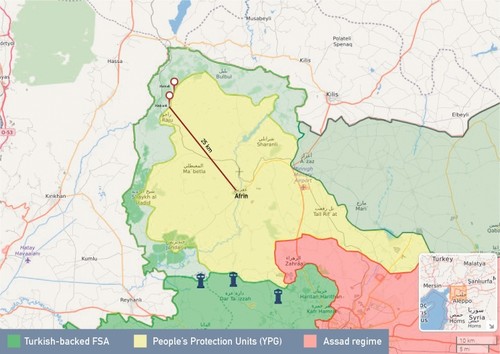 Special Forces, deployed this week in the villages to prevent terrorists from infiltrating rural areas of Afrin, have been conducting 24-hour surveillance with night-vision binoculars. These forces are also expected to bring significant advantages in liberating urban centers. Turkish Police Special Forces (PÖH) and Gendarmerie Special Forces (JÖH) have substantial experience in urban warfare after having played crucial roles in clearing PKK militants from Turkey's southeastern cities between 2015 and 2016.

Raju, located 25 kilometers northwest of Afrin town center, is one of the five towns located in Afrin district. The town of Bulbul, located in northern Afrin, was previously liberated on Feb. 3.

Villages to south and to west of the town of Jinderes, located 20 kilometers southwest of Afrin town center, have been cleared from YPG terrorists and an offensive to liberate the town is expected soon.

The Ministry of Defense said in a statement Friday that 41 Turkish soldiers and 116 Free Syrian Army fighters had been killed in action during the operation so far.

Meanwhile, the Turkish Armed Forces (TSK) announced that at least 2,295 terrorists had been "neutralized" in the operation since it was launched on Jan. 20.

The announcement came after military sources confirmed that nine YPG terrorists were killed in northern Afrin, after Turkish T129 Advanced Attack and Tactical Reconnaissance Helicopters (ATAK) targeted previously identified locations. The airstrikes were launched after eight Turkish soldiers were killed in action by the YPG and 13 others were injured during clashes with the terrorists on Thursday.