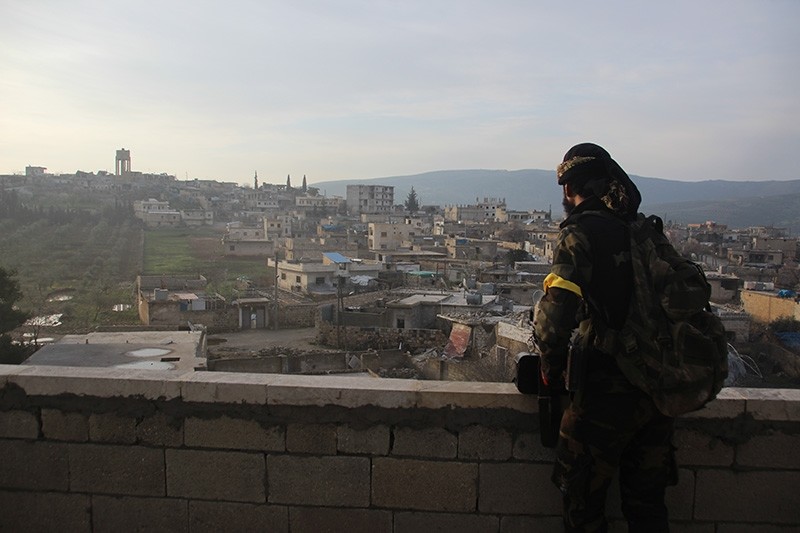 Raju, located 25 kilometers northwest of Afrin town center, is one of the five towns located in Afrin district. Clashes continue at Raju as Turkish forces thwart a few resisting terrorists, while mines are being searched and swept.

Raju is the second town center liberated since the launch of the operation. Bulbul was the first.

The successful anti-terror operation came as part of the second phase of Operation Olive Branch, launched by Turkey on Jan. 20 to remove the PKK/PYD/YPG/KCK and Daesh terrorists from Afrin in northwestern Syria.

Now, the forces are focusing on urban warfare in multiple fronts, including the Raju, Jinderes and Sharanli towns and will eventually extend to Afrin's town center.

Also on Saturday, the villages of Ramadiyah and Hamelika near Jinderes in southwestern Afrin were liberated from YPG/PKK terrorists.

In the east, Turkish forces and FSA fighters liberated villages of Shamanli, Ali Bazan and Karkinli from YPG/PKK terrorists and captured strategic Mount Bafelyun located east of Afrin/Maydanki Dam, clearing the way for the town of Sharanli.

Since the launch of the operation on Jan. 20, Turkish military and the FSA liberated 127 locations including two town centers, 96 villages, 22 strategic mountains and hills and two YPG/PKK bases.

Meanwhile, the Turkish Armed Forces (TSK) announced that at least 2,434 terrorists had been "neutralized" in the operation since it was launched.

In a separate statement, the TSK said that a total of 924 PKK/KCK/PYD-YPG, Daesh terrorist targets have been destroyed in airstrikes since the launch of Operation Olive Branch.