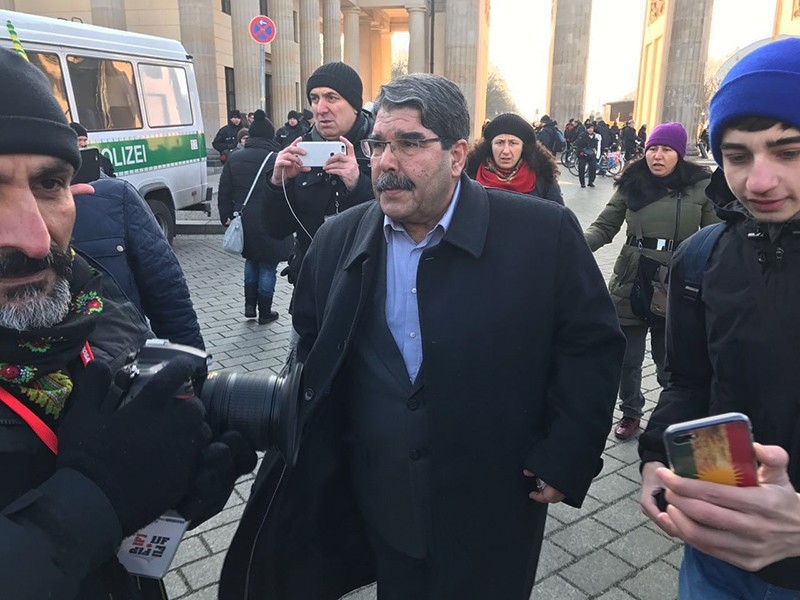 Former co-chair of the PKK-linked Democratic Union Party (PYD) Salih Muslum appeared at a demonstration organized by the terror group's supporters in Berlin, shortly after being released by a Czech court despite Turkey's request for his arrest and extradition. 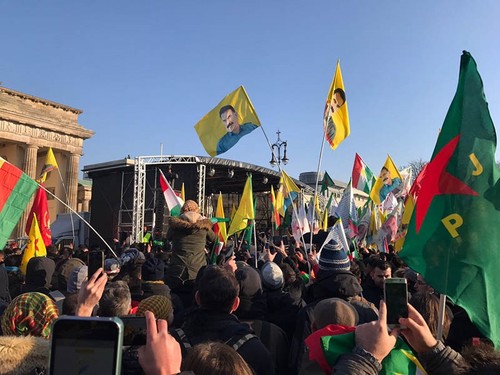 According to the Berlin police, four officers were injured after the PKK supporters attacked them with tear gas and flagstaffs. The police added they detained three assailants as a result.

Muslum was released by a Czech court last week after being briefly detained in Prague, despite Turkey's request for his arrest and extradition, drawing the ire of Turkish ministers, who said the move is not in line with international law and is a reflection of supporting terrorism.