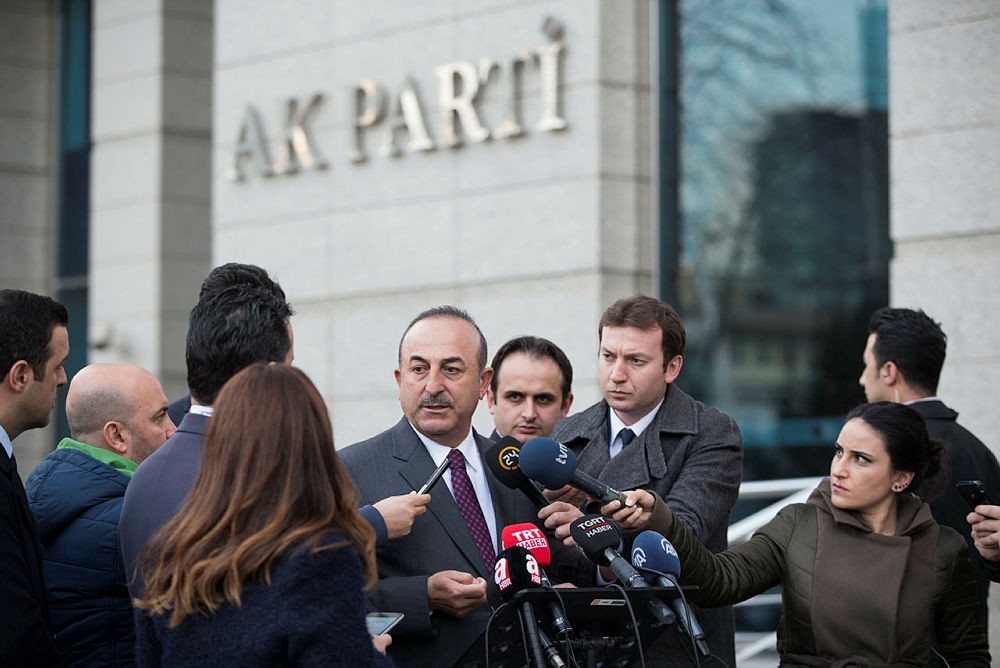 Speaking to reporters at ruling Justice and Development Party (AK Party) headquarters in Ankara, Çavuşoğlu said Turkey is determined to follow the terrorist leader wherever he goes.

Çavuşoğlu said Turkish officials do not know the whereabouts of Muslum but will locate him in the upcoming days, adding that he was reportedly last seen in Germany.

The foreign minister is expected to discuss the extradition of the terrorist leader with his German counterpart during his visit to Berlin next week, foreign ministry spokesperson Hami Aksoy said Tuesday.

Turkey issued arrest warrants and subsequent red notices for Muslum and 47 other high-ranking PKK figures in November 2016, while a new red notice was issued for Muslum on Feb. 13 as he was included on the updated most wanted terrorist list with a TL 4 million ($1.05 million) bounty on his head.

Ankara has long complained that EU member states and other countries often fail to honor its extradition requests for alleged criminals or members of terrorist groups.

"This is a historic and premium chance for Germany [to improve relations with Turkey]," he told his party's lawmakers in Parliament.

"Either Germany will extradite the terrorist Salih Muslum to Turkey for justice, or they will deal a blow to its friendship and relations [with Turkey] once again," said Bahçeli.

Recalling Turkey's demand for the extradition of the former PYD co-leader, Bahçeli said Germany should not repeat the Czech Republic's mistake.

Muslum was released by a Czech court on Feb. 27 despite Turkey's request for his arrest and extradition, drawing the ire of Turkish ministers who said the move was not in line with international law and a move that supports terrorism. A high court in Ankara had also filed a case against him for a deadly attack carried out in the capital in 2016.

Muslum is being sought on charges of disrupting the unity and territorial integrity of the state, homicide, attempted homicide, damaging public property and transporting hazardous substances.

The March 13, 2016 attack at Güven Park in Ankara's Kızılay was carried out using an explosive-laden vehicle, which left 37 people dead and dozens of others injured.

The PYD and its armed wing the People's Protection Forces (YPG) are the Syrian offshoots of the PKK, which has been designated as a terrorist organization by Turkey, the U.S. and the EU.

Çavuşoğlu also addressed Turkish-U.S. relations. The foreign minister said the first meeting held to mend bilateral ties would take place on March 8-9 in Washington. He announced that he would visit Washington on March 19.

"Matters that have been mentioned will be assessed in detail [...] As you know, Manbij [in Syria] is the priority. The matter of counter-terrorism is another one."

Relations between the two NATO allies have been strained over U.S. support for the terrorist group PYD/PKK in northern Syria. The U.S. views the group as a "reliable partner" in the fight against Daesh, against strong Turkish objections.