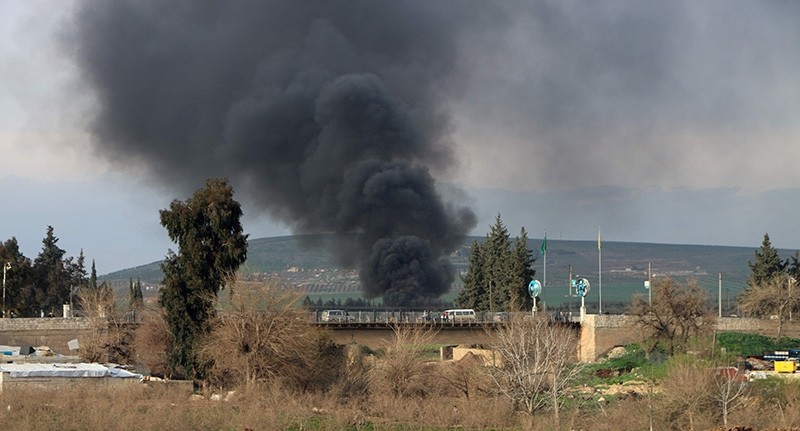 This photo shows smoke billowing from a tire fire, used by PKK-linked YPG terrorists to decrease ground visibility to Turkish jets circulating overhead, in the northern town of Afrin (AFP Photo)
by Daily Sabah Mar 05, 2018 12:00 am

Since the launch of the operation on Jan. 20, Turkish military and the FSA liberated 136 locations including three town centers, 101 villages, 22 strategic mountains and hills and two YPG/PKK bases.

Addressing reporters after the cabinet meeting in Ankara, Prime Minister Bekir Bozdağ said that almost half of the operation zone has been brought under control of Turkish forces.