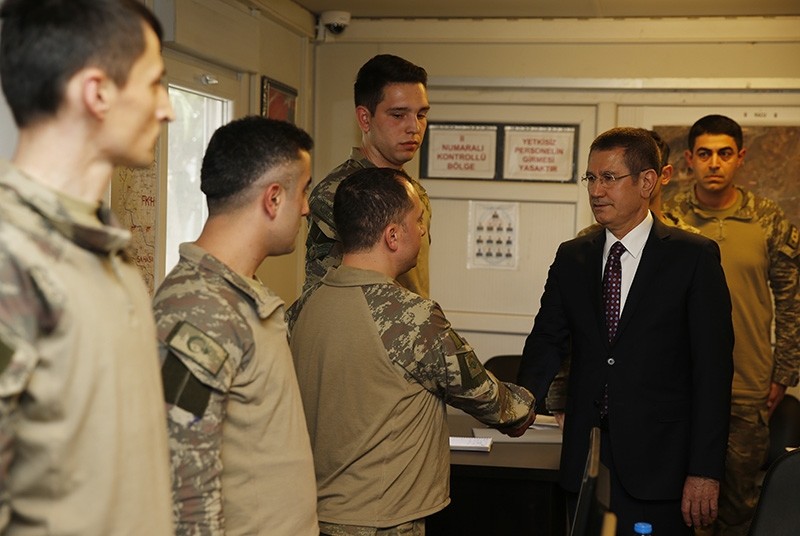 Defense Minister Nurettin Canikli on Tuesday paid a visit to a military command center in the southern border province of Hatay tasked with running Turkey's ongoing Operation Olive Branch, according to an Anadolu Agency correspondent on the ground.

Canikli was accompanied by Defense Ministry Undersecretary Ali Fidan and other ministry officials during the visit to the command center.

Lt. Gen. Ismail Metin Temel, the Second Army commander who is in charge of Operation Olive Branch, updated Canikli on the progress of the operation, which is in its 44th day.

The operation is being carried out under the framework of Turkey's rights based on international law, U.N. Security Council resolutions, its self-defense rights under the U.N. charter, and respect for Syria's territorial integrity.