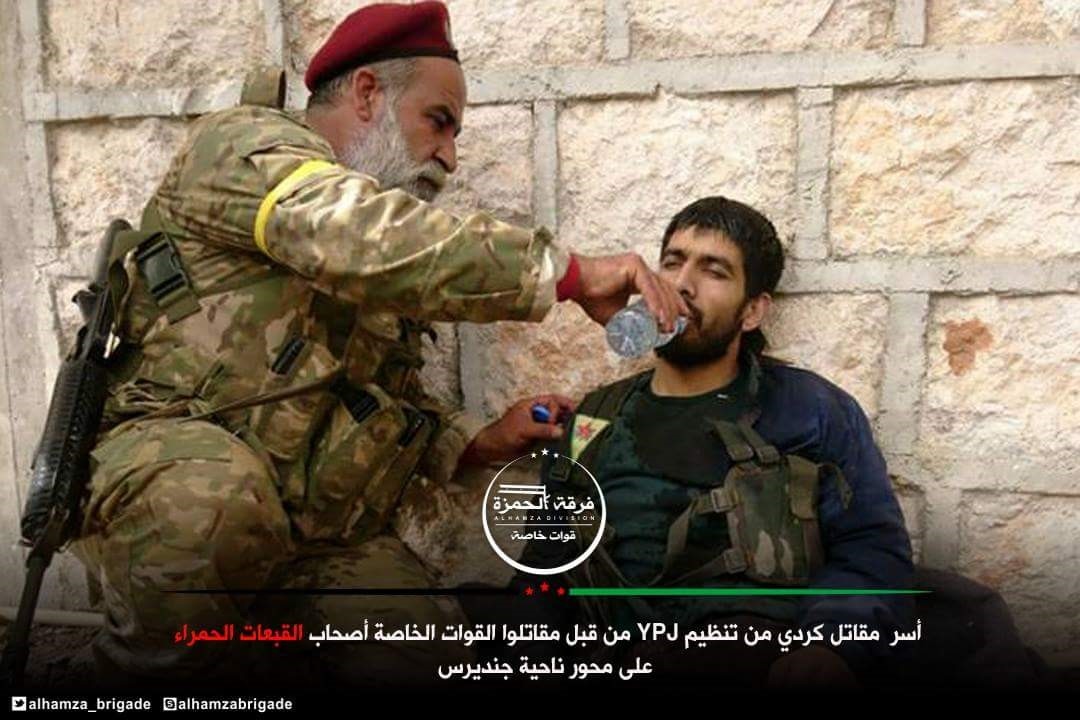 The photo, shared by the FSA's Hamza Division on Tuesday, showed a fighter from the Kurdish Hawks Brigade, giving water to a captured Kurdish militant fighting alongside the YPG's ranks near the town of Jandaris.

It also showed how local people are being turned against each other due to the aims and interests of foreign powers, which have no ethnic, religious or cultural links to the region whatsoever.

The brigade, which was formed by the Hamza Division, includes 400 Kurdish fighters from Azaz and 200 Arab elements, also known as "red berets." The brigade was specifically trained by the Turkish Armed Forces (TSK) for urban warfare.

While the PKK and its Syrian affiliate the Democratic Union Party (PYD) claim that it fights for the rights of the Kurds, locals in northwestern Syria say that they suffer from political oppression, forced recruitment, relocation and expropriation under PYD rule.

Despite objections by its NATO ally Turkey and local groups, the U.S. continues to support the Syrian Democratic Forces, which is dominated by the YPG.
Last Update: Mar 06, 2018 7:33 pm
RELATED TOPICS