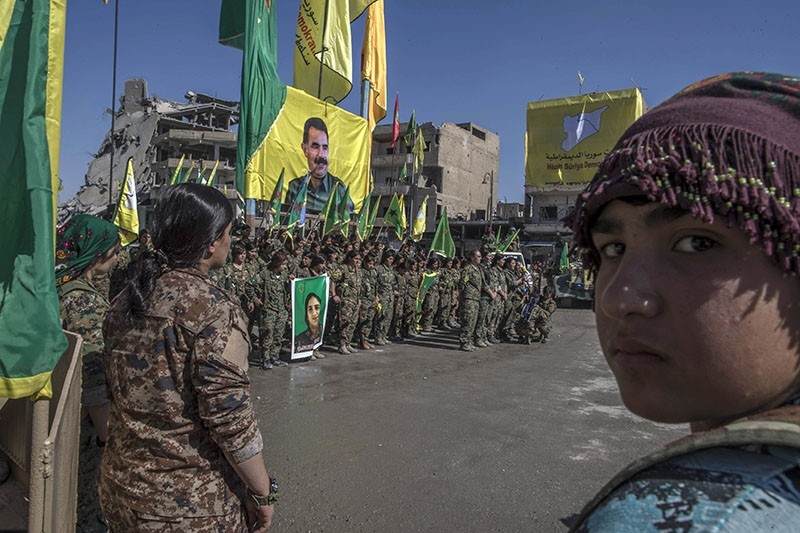 The U.S.-backed Syrian Democratic Forces (SDF), which is dominated by PKK terrorist group's Syrian offshoot the Democratic Union Party (PYD) and its armed wing the People's Protection Units (YPG), announced Tuesday it would redeploy around 1,700 fighters from front lines against Daesh.

"We made the difficult decision to pull our forces out of Deir el Zour province and battlefronts against Daesh to head to the Afrin battle," said Abu Omar al-Idlibi, a commander of the SDF.

Turkey launched Operation Olive Branch on Jan. 20 to clear PKK/KCK/PYD/YPG and remaining Daesh terrorists from northwestern Syria's Afrin, aiming to secure its borders and allow the return of civilians.

Speaking to Reuters in Raqqa after announcing the redeployment, Idlibi said that 700 of the fighters had already moved to Afrin.

This development will contribute to the already-strained ties between the U.S. and Turkey, who are at odds over their policies in Syria.

Pentagon previously announced that no U.S.-backed groups are located in Afrin.