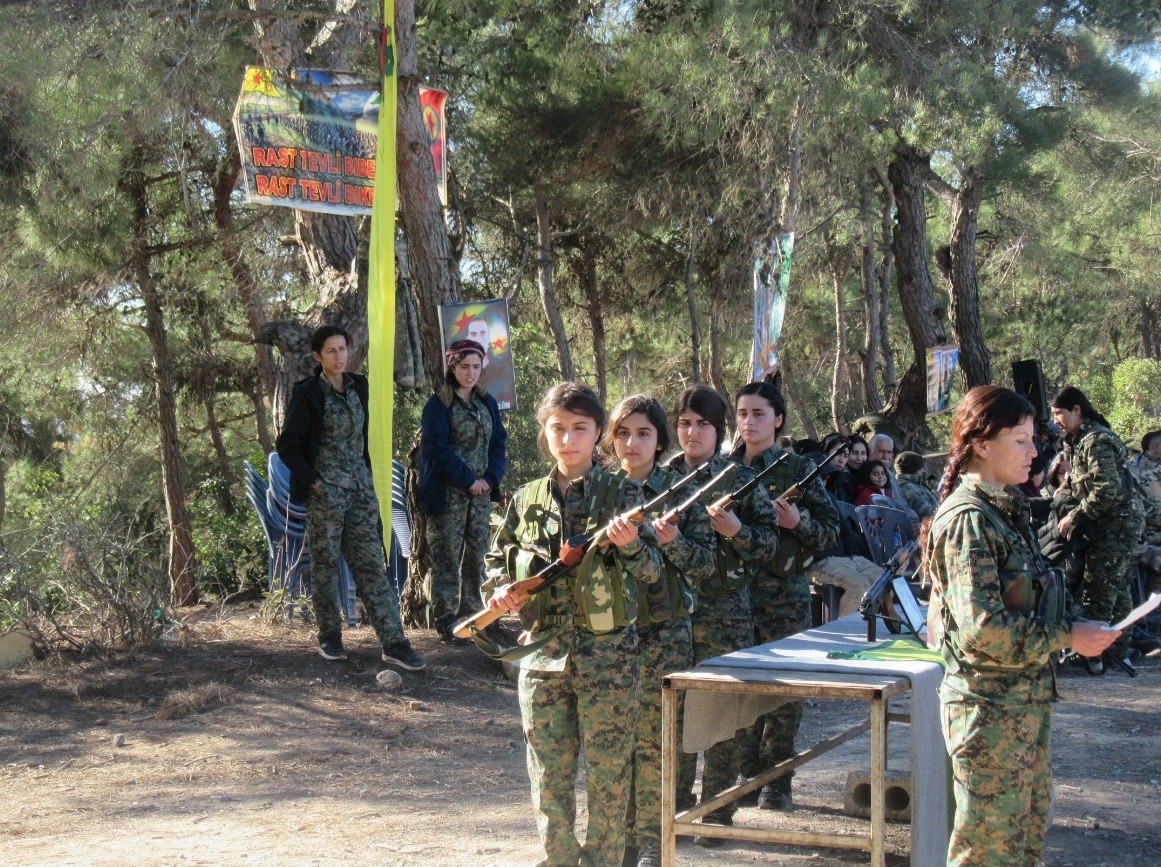 International rights groups have documented that children in conflict areas have been exploited by the YPG as child soldiers.
by Daily Sabah Mar 08, 2018 12:00 am

New proof has shown the use of child soldiers by the YPG, which is backed by the United States in Syria, despite international laws that prohibit the practice

New evidence obtained by Turkish security forces has once again revealed the recruitment of child soldiers by the U.S.-backed People's Protection Units (YPG) in Syria.

Digital evidence found on cameras and memory cards recovered from killed YPG terrorists and their shelters during Operation Olive Branch, showed children around 13 to 17 years old recruited by the group, which is the armed wing of Democratic Union Party (PYD). 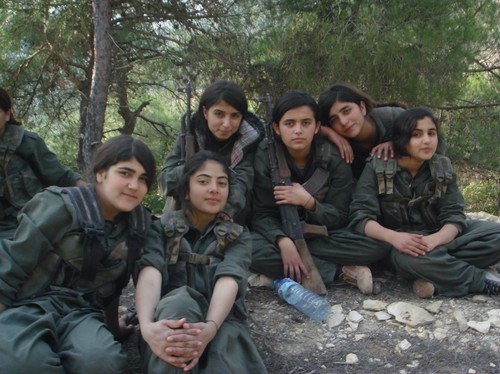 However, the U.S. has picked the YPG as its partner against Daesh in Syria, despite its record of violating human rights in areas under its control and organic links to the PKK terrorist group.

In the photos, the children wearing YPG uniforms are holding machine guns and posing under the images of the PKK/YPG's imprisoned leader Abdullah Öcalan, as well as images from their training.

The use of child soldiers by the YPG and the PKK have long been documented by the international rights groups, such as Human Rights Watch, Amnesty International, and also the United Nations. However, the issue has not received the desired attention in Western media.

A U.N. report, published on Feb. 12, had said that Syria was among the countries which have the most child soldiers, trapped in its seven-year-old civil war.

Locals in areas under the YPG/PKK terrorist group's control have long said that the terrorist group forcefully takes a child from each family to join its lines, and if they do not have children, then they are forced to pay the group financially.

Meanwhile, U.N. investigators on Tuesday accused the Syrian Democratic Forces (SDF), which is led by the YPG, and the U.S.-led coalition of human rights violations and attacks on civilians in war-torn Syria.

The report issued by the U.N. Commission of Inquiry on Syria chronicles violations that occurred between July 2017 and January 2018 based on more than 500 interviews.

"SDF violations noted in the report also include forced conscription, including of children," the report said.

In addition, it added that although attacks to defeat Daesh in the cities of Raqqa and Deir ez-Zor seem to have "successfully dislodged" the terrorist group, the battles "came at an extremely high cost to civilians".

"Even before the campaign to take Raqqa city began, the international coalition failed to take all feasible precautions to protect civilians and civilian objects, in violation of international humanitarian law, when it launched an airstrike in al-Mansoura which killed at least 150 internally displaced persons, including women and children," the report said.

It said the trapped residents of Raqqa were later used by Daesh as human shields.

The report revealed that the SDF are interning up to 80,000 internally displaced persons to vet them for possible connections to Daesh.

"Local authorities" continue to block the exodus of civilians from northwestern Syria's Afrin, the United Nations Spokesperson Stephane Dujarric also said Monday, referring to the PKK's Syrian offshoot the PYD and the YPG.

Turkish Presidential Spokesperson İbrahim Kalın commented on blockage of civilians from leaving Afrin, saying, "The YPG/PYD has been attempting to turn Afrin into a new Qandil. However this attempt has been prevented."

The group has reportedly been using civilians as human shields since Turkey began its operation in Afrin, the Operation Olive Branch, on Jan. 20. The terrorists wear civilian clothes and take positions in residential areas to make it look like the Turkish and the Free Syrian Army forces are attacking civilians.