Turkey can enter center of Syria's Afrin 'at any moment,' Erdoğan says 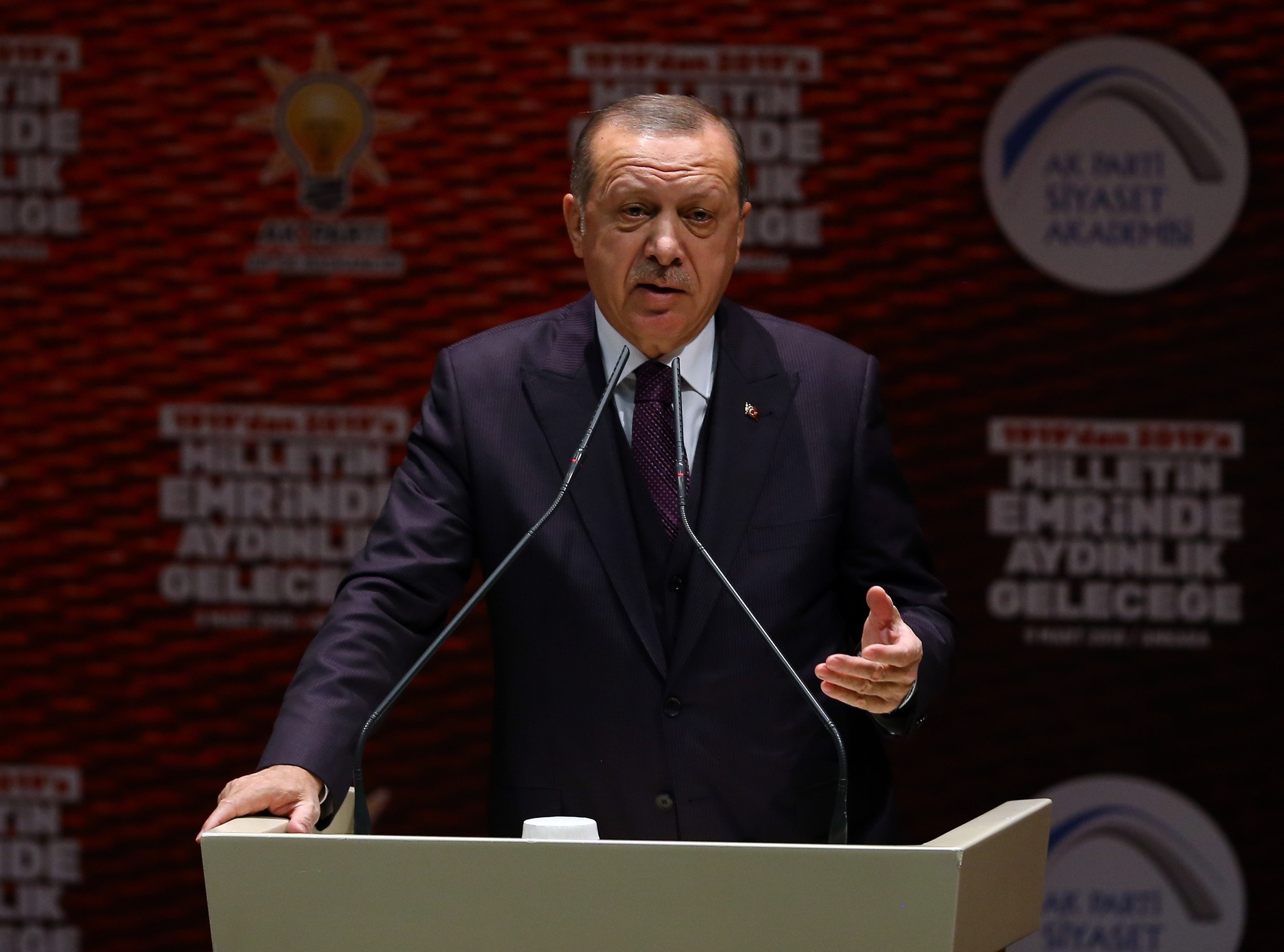 "Now our objective is Afrin... As of now, we have Afrin encircled. We can enter Afrin at any moment, God willing," Erdoğan said on Friday at the inauguration of the ruling Justice and Development Party (AK Party)'s Politics Academy in capital Ankara.

"We are removing the last remaining obstacles standing before our encircling of Afrin city center," he said, adding there was still about six kilometers (3.7 miles) to go to reach Afrin from the outskirts of Jinderes.

Turkey's armed forces will push on after operations in Syria's Afrin and Manbij to sweep the PKK-affiliated People's Protection Units (YPG) from the length of Turkey' border with Syria, Erdoğan said.

"We are in Afrin today, we will be in Manbij tomorrow. The next day we will ensure that the east of Euphrates will be cleared of terrorist up to the Iraqi border."

On Thursday, Turkey's foreign minister said Turkish forces would complete the Afrin offensive by May and would carry out a joint offensive against YPG/PKK militants in Iraq with Baghdad following Iraq parliamentary elections.

Earlier on Friday, the Turkish military announced it had cleared three more villages of terrorists and taken control of a strategic dam, reaching Afrin city's border.

On Thursday, Turkish forces and their Syrian opposition allies seized control of the town of Jandaris, giving them control of one of the largest settlements in the Afrin region.

Operation Olive Branch was launched by Turkey on Jan. 20 to remove the PKK/PYD/YPG/KCK and Daesh terrorists from northwestern Syria.