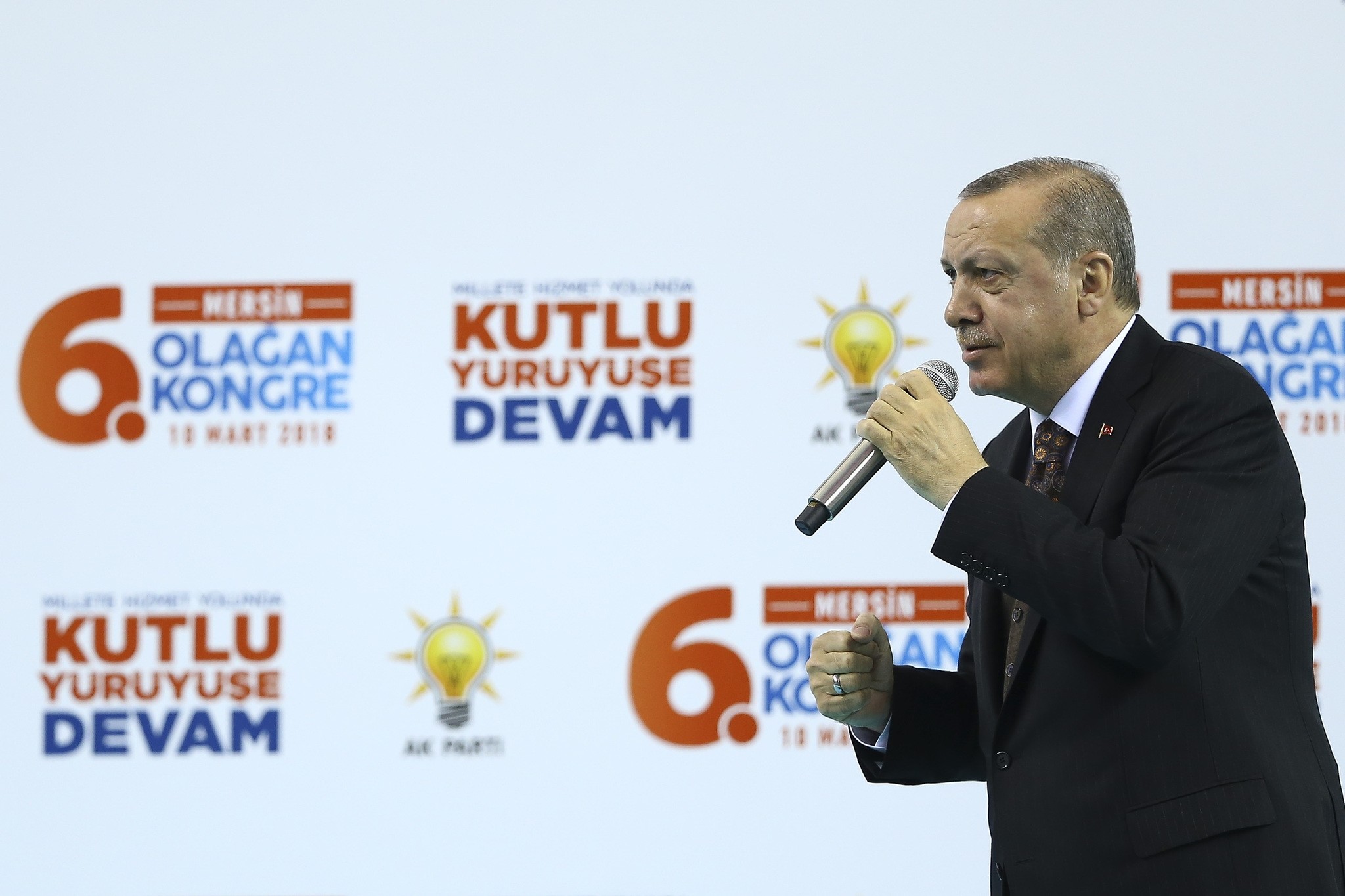 "Our concern isn't the land; our concern is to clear terrorists from there. Where there are terrorists, we'll be there," he added.

Later, speaking at a ruling Justice and Development Party (AK Party) provincial congress, Erdoğan announced that 3,213 terrorists have been "neutralized" since the launch of Operation Olive Branch in Afrin.

Turkish officials often use the word "neutralized" in their statements to imply the terrorists in question either surrendered or were killed or captured.

He added that Turkey will help Afrin rebuild and repair, including its electricity, water, education, and healthcare systems, just like it did in Jarabulus, Ar-rai, Azaz and Al-Bab, after clearing these Syrian cities of Daesh terrorists during Turkey's Operation Euphrates Shield.

Euphrates Shield, which began in August in 2016 and ended in March 2017, eliminated terrorists along the Syrian border.