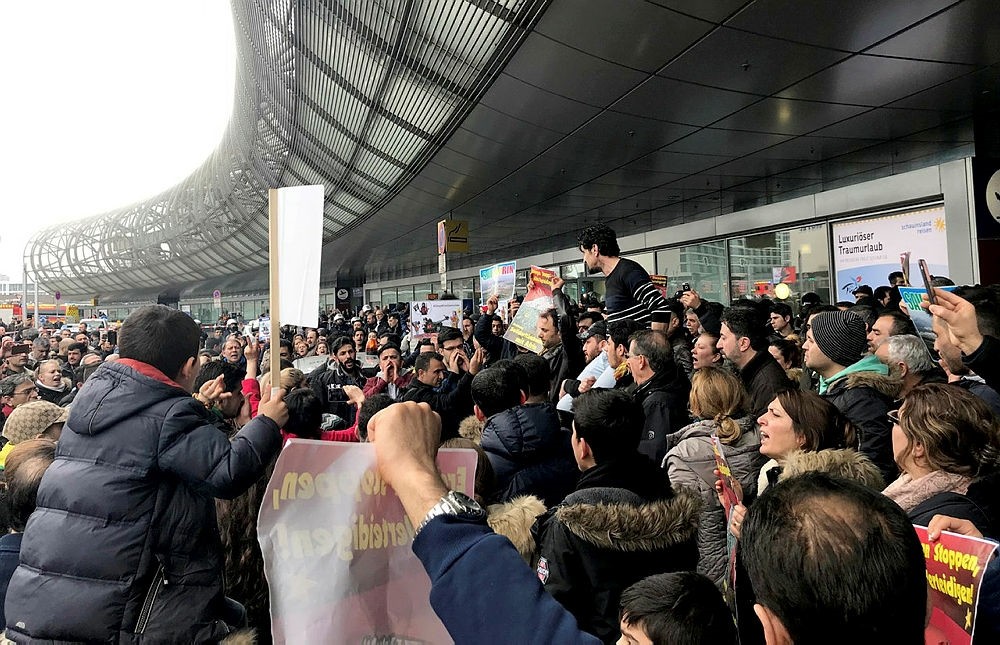 At least 10 people were injured as German police intervened, spraying pepper gas against the crowd when the PKK supporters attempted to attack Turkish citizens staging a counter-protest.

According to a police statement, only a section of the waiting area was affected by the incident and there was no disruption of flights.

Germany has witnessed a growing number of radical protests and violence by PKK and PYD supporters in recent weeks, as the group launched a campaign against Turkey's counter-terrorism operation in northwestern Syria. More than a dozen mosques and associations of the Turkish community have been vandalized by the sympathizers of the group.

The PKK has been banned in Germany since 1993, but it is still active with nearly 14,000 followers among the country's Kurdish immigrant population.The country's capital was also the scene of a large PKK propaganda event on March 3. Thousands of PKK supporters held a rally in Berlin, with the participation of some German politicians and the former co-chair of the PKK's Syrian affiliate, Salim Muslum. PKK sympathizers called for an end to Turkey's Operation Olive Branch in Syria's Afrin against PKK and People's Protection Units (YPG) elements.

Turkish officials have long stressed that the European countries should not be lenient about the PKK's activities within their borders and take necessary steps to secure the Turkish population from any possible threats posed by the terrorist group.