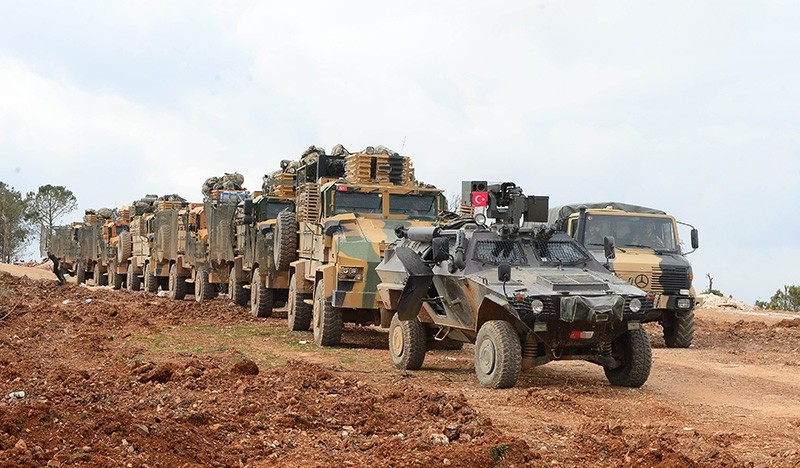 Eight more villages have been liberated from terrorists and at least 3,347 terrorists have been "neutralized" in Operation Olive Branch in Syria's Afrin, the Turkish military said Monday.

The Turkish Armed Forces (TSK) and Free Syrian Army (FSA) liberated four more villages from the PKK-affiliated People's Protection Units (YPG) terrorists on Monday morning, while there are only 1.5 kilometers left for the Turkish troops and the FSA fighters to reach Afrin town center.

The villages -- including Zindakan, Qila, Kumush Burj, Qibar -- were cleared of the terrorists, Anadolu Agency correspondents on the field reported.

Later in the day, TSK announced the joint forces had liberated another four villages: Jalama village in southwest Afrin, Barlana and Habol in the northwest of Afrin, and Al Qarah.

Since the launch of the operation, Turkish military and the FSA liberated 197 locations including five town centers, 159 villages, 33 strategic mountains and hills and one YPG/PKK base.

According to Anadolu Agency's correspondent, a total of 1,100 square kilometers were cleared from terror threat during the operation.