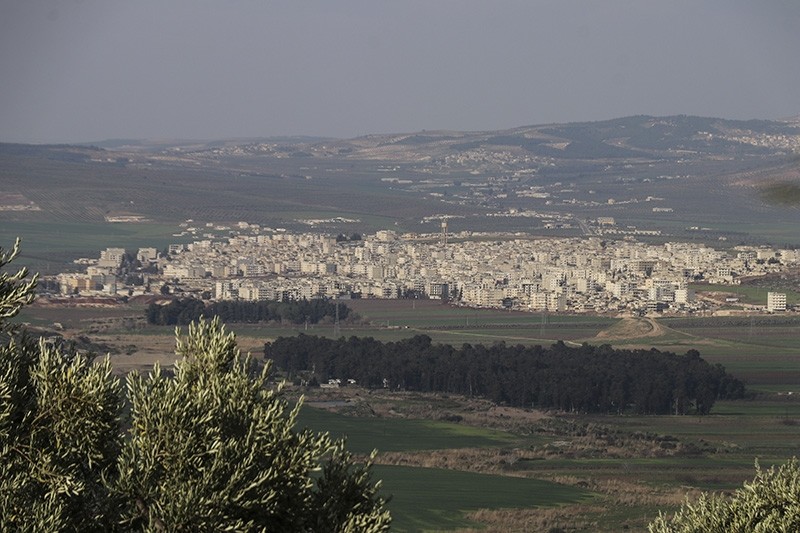 The Turkish Armed Forces (TSK) and Free Syrian Army (FSA) forces have encircled the Afrin town center as of March 12 as part of the preparations for a final offensive to completely root out the PKK-affiliated groups from the town. A corridor was kept open for civilians to flee.

The advance of Operation Olive Branch forces continues in the villages surrounding Afrin's center and northwestern part of the city. A TSK statement released Tuesday said the city center is surrounded, but safe passage for civilians is still allowed on the southeastern part. Turkish special forces arrived in Afrin earlier this month and are expected to take an active role in the fight within the city.

The number of PKK-affiliated People's Protection Forces (YPG) terrorists "neutralized" has risen to 3,393 since the beginning of Operation Olive Branch in Syria's Afrin, the military also announced Tuesday.

Mines and explosives planted by the PKK-affiliated YPG also continue to be cleared by the TSK and the FSA in order to provide security for locals and a convenient environment to those who previously fled the YPG's oppressive policies.

While some civilians have moved to the region previously liberated during Operation Euphrates Shield, others reportedly continue to move toward Manbij, state-run TRT Haber said Monday. The defensive lines and concentration centers of the People's Protection Units YPG are mostly located in the Afrin city center.

The town of Afrin, 90 villages and a nearby town under YPG control have been encircled, Syrian Observatory for Human Rights confirmed on Tuesday. Observatory Director Rami Abdulrahman said the only road out of the area was in range of Turkish fire, and was therefore impassable, noting that 700,000 people are living in the encircled area.

There are more than 350,000 people in Afrin town center itself, Abdulrahman added. The town's pre-war population was around 50,000 people but swelled during the 7-yearlong Syrian civil war since 2011.

As Turkey launched Operation Olive Branch on Jan. 20 to remove the PKK/PYD/YPG/KCK and Daesh terrorists from Afrin in northwestern Syria, additional people have arrived in the town center to seek refuge from clashes in the countryside.

YPG/PKK also forced local people into Afrin in order to use them as human shields against Turkish air and artillery strikes. As Turkish and FSA forces encircled the town, the terrorist group is trying to prevent civilians from leaving Afrin in order to slow down the Turkish advance.

In addition, Anadolu Agency (AA) footage Tuesday showed the YPG stopping locals who wanted to go to areas under the control of the opposition or the regime. The U.N. recently drew attention to the issue, saying local authorities continue to block the exodus of civilians from Afrin, ostensibly referring to the YPG.