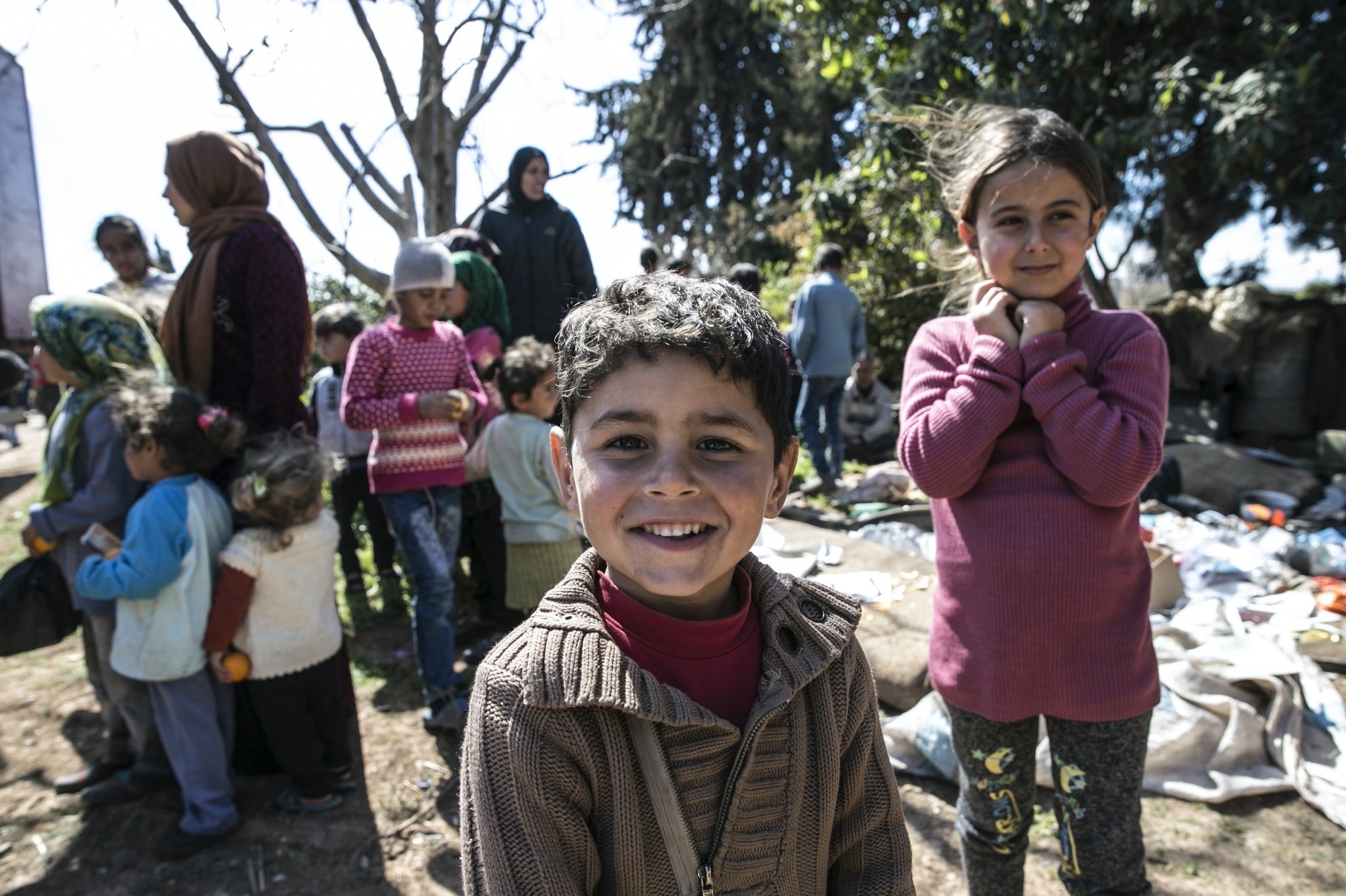 Villagers in Deir Bellut in the western Afrin province are trying to forget their painful memories of the oppressive policies of PKK-affiliated groups after the village was liberated by the Turkish Armed Forces (TSK) and the Free Syrian Army (FSA) in February as part of Operation Olive Branch.

While Olive Branch forces aim to entirely wipe out the People's Protection Units (YPG) terrorists from Afrin, humanitarian efforts have also increased, helping to provide much-needed medical assistance to villagers and to improve their living conditions. Locals in the towns and villages of Afrin were previously forced to dig ditches and trenches, forcibly recruited and used as human shields by YPG terrorists.

Speaking to Anadolu Agency (AA) correspondents, Saddam al-Hasem, a local living in Deir Bellut village of the recently liberated town of Jindaras, said Olive Branch forces rescued them from YPG persecution and revealed the oppressive policies of the terrorist group. "We witnessed the cruelty of the YPG firsthand. Even reciting Adhan was forbidden. They [the TSK and the FSA] also provided us with humanitarian aid. We have bread, water and food now," he said.

Another villager from Deir Bellut, Mustafa Asım Asi, said the YPG killed his two children, his 15-year-old daughter and 14-year-old son. "We have had difficult times but now, we feel safe," Asi said.

A group of doctors and nurses also arrived in Deir Ballut on Friday.

The group performed checkups on the village's children and on those from neighboring villages, and distributed medicine. Some 190 boxes of humanitarian aid were also distributed to those in need.

Bomb disposal squads continue to defuse explosive devices planted by the YPG in the villages freed by the TSK and the FSA. The terrorist group uses explosives and mines to hamper the progress of TSK and FSA troops and to prevent civilians from fleeing.