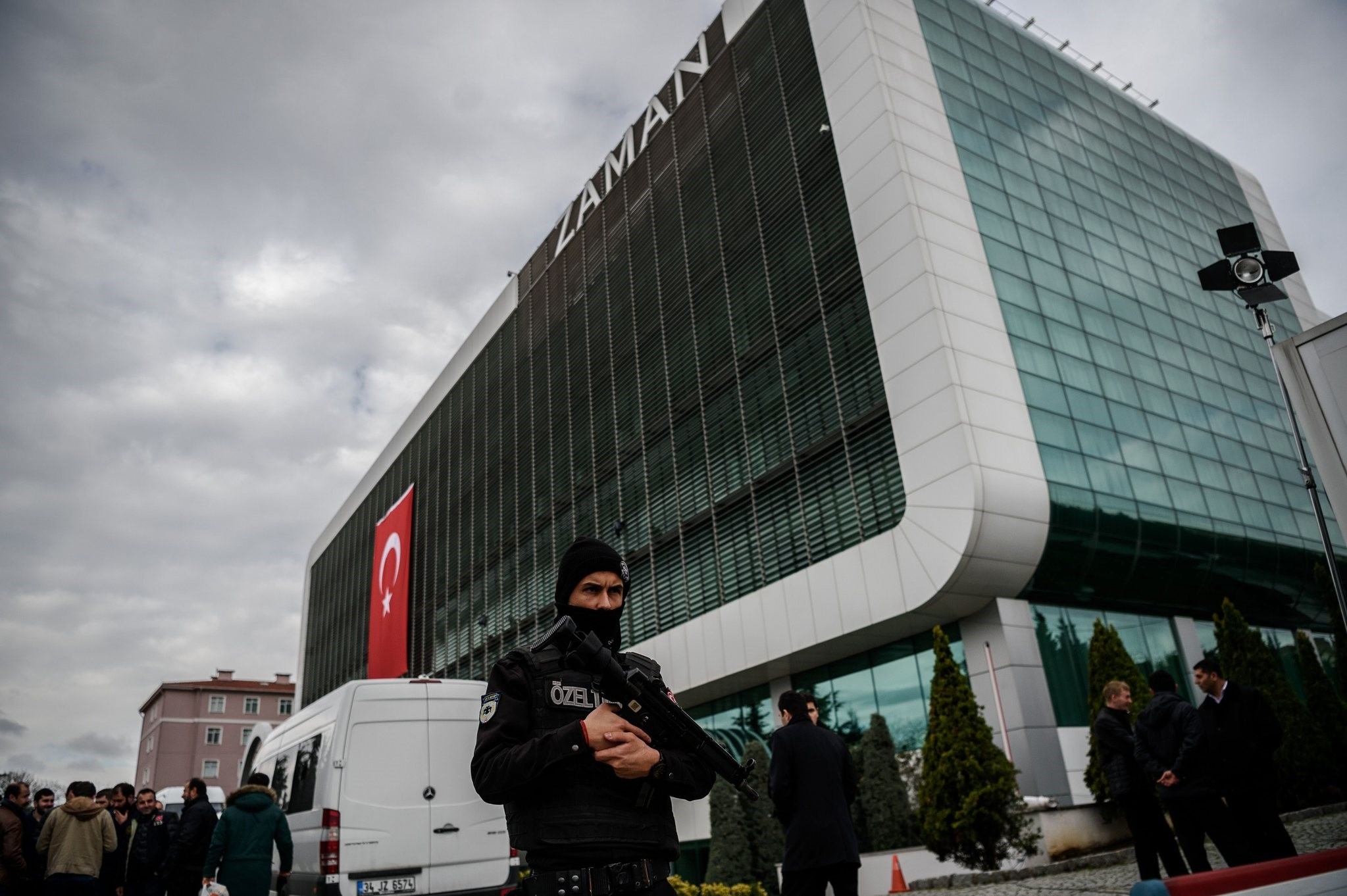 FETÖ operatives in Belgium established a front company named Cascade Investments N.V. and allocated a substantial part of the terrorist organization's media wing to it

The Cihan Media Group, which is comprised of a substantial part of the Gülenist Terror Group's (FETÖ) media wing, was reportedly assigned to a front company founded by several FETÖ operatives in Belgium.

According to official records of the company Daily Sabah obtained from the Belgian Finance Ministry, the owners of the Cascade Investments NV., which brought Turkey to international trials, are members of an association founded by FETÖ-linked businessmen in Belgium.

While the company filed a complaint against Turkey at the International Center for Settlement of Investment Disputes (ICSID) for the compensation of the cost of the companies that were confiscated and transferred to the Saving Deposit and Insurance Fund (TMSF) and demanded a multi-million euro settlement, it was revealed that a judicial process was initiated against Turkey on Feb. 28.

Mehmet Akif Afşar, the executive chair of the Feza Media Group, which includes the now-defunct Zaman daily, assigned the assets of the company to the Belgian Cascade company in return for a check before a state trustee was appointed to the media group. Afşar, whose properties were confiscated on Dec. 22, 2016, is being sought for his links to the terrorist group.

The checks were not accepted and the cash flow did not move from the Belgium-based front company to the media group. Meanwhile, it turned out that the buildings and other sources belonging to Zaman were transferred to the Cihan Media Group and no payment was made to Feza Media for this. Also, Cihan Media started leasing the property it purchased but did not pay Feza Media TL 800,000 ($206,998) per month.

Resorting to a clandestine yet clumsy method prior to the coup attempt, FETÖ operatives assigned the company to the foreign front company for an absurd price. Speaking to Daily Sabah, the trustee committee administrators said a value between TL 750 million and TL 1 billion was set for the assets of the company when they assumed leadership on March 4, 2016, but they could not find enough cash to pay for the personnel and other expenses since a case expense was not found to file a lawsuit, as the company was evacuated and there were problems even in the payments of personnel expenses.

Saying that the Belgium-based company was revealed to be owned by several FETÖ members at the time, the trustee committee administrators added that no contact could be made with the relevant people and they sent a Belgian to Turkey as the company's spokesperson only for show.

According to the data provided by the Belgian Finance Ministry, having almost usurped the TL 1 billion worth of Feza Media's assets, the FETÖ administration sold Cihan Media to a Belgium-based company for TL 3 million. Also, it was revealed that the publishing equipment and other valuable press items belonging to the media company were sold to several people for low prices with 10-year terms of condition that the payment would start a year later.

It is alleged that Cascade Investments N.V., which bought Cihan Media – appraised at TL 1 billion – for TL 3 million, demanded 80 million euros in the complaint it filed at the ICSID. The ICSID has started evaluating the case in which a London-based international law firm named Hogan Lovells International represents the Belgian company, which is a plaintiff.

According to the company information obtained from financial sources, Cascade Investments N.V. was established as a joint stock company in August 2006 in Brussels with 400,000 euros. The management staff were several members of FETÖ's businessmen's association, including Kenan Sezer, Mustafa Ünal, İskender Kapaklıkaya, Hüseyin Şahin, Ahmet Tanrıkulu and Ali Aktan.

Having 400 shares when it was newly established, the company's partners, Aktan and Tanrıkulu, had 100 shares each while Şahin and Sezer had 60 each and Kapaklıkaya and Ünal had 40. The front company, which had only a small amount of assets until the Dec. 17 and Dec. 25 judicial coup process, started to expand its resources when operations against FETÖ's media wing began in 2015.

Having issued 600 new shares toward the end of 2015, the company registered these shares under the name of Orhan Azizoğlu, who came to Belgium from Australia and has some links to the Zaman newspaper, according to WikiLeaks sources. With the new shares, Azizoğlu owned 60 percent of the company. In the company's recent records, the head office is ostensibly located in Anvers, and company executive Mesut Mutlu's residential address is in Cologne, Germany, according to the records.

The ICSID is an institution of conciliation and arbitration for legal disputes between international investors. It undertakes a mission to resolve problems investors in developed countries might encounter in their investments in developing countries objectively and timely. After the ICSID's arbitration authority is resorted to in a lawsuit, the decision cannot be rescinded unilaterally. All countries that are party to the ICSID are required to accept and conform to the institution's final arbitration decisions.