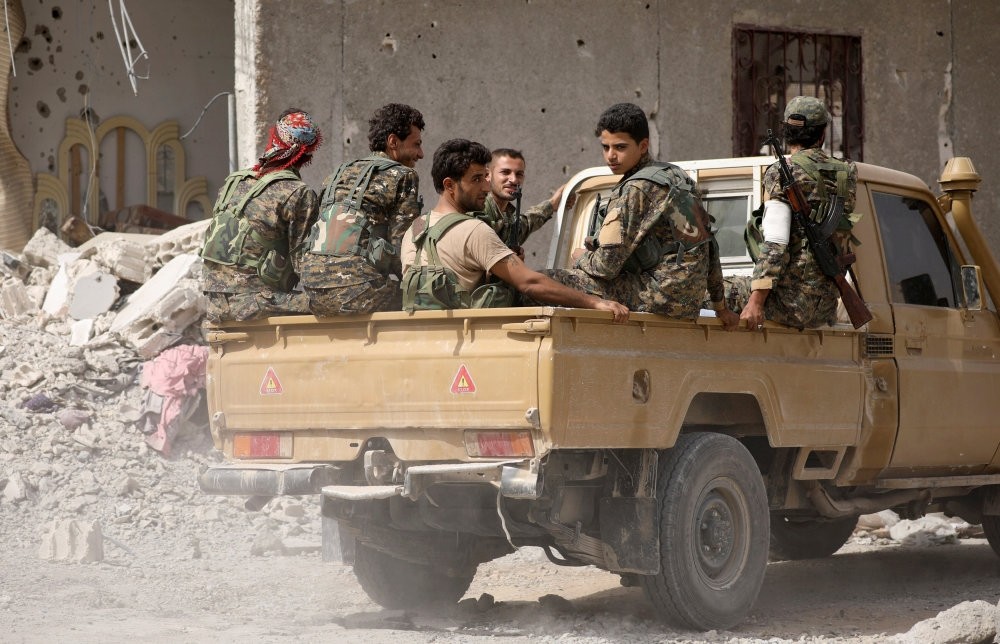 A recently released U.N. report has exposed brutal human rights violations, including torture, rapes and other acts of sexual violence in Syria committed by the Syrian regime and U.S.-backed Syrian Democratic Forces (SDF), which is predominantly led by the YPG

The Syrian Democratic Forces (SDF), led by the PKK terrorist organization's Syrian affiliate People's Protection Units (YPG), has committed human rights violations, including torture, in areas under its control in Syria, a United Nations report on Syria has said.

The report, "I Lost My Dignity": Sexual and Gender-Based Violence in the Syrian Arab Republic," released on Thursday, said the YPG-led SDF had tortured male detainees, "including the burning of and threats to burn genitals" in 2017.

The report, which said it "focuses on the perpetration of sexual and gender-based violence beginning with the unrest in March 2011 to December 2017," is based on 454 interviews with survivors, relatives of survivors, eyewitnesses, defectors, healthcare practitioners and medical personnel, lawyers and members of affected communities.

"In one such incident in June 2017, in an SDF detention facility in al-Tabqa (ar-Raqqah), males were reportedly subjected to burning of their genitals with cigarette lighters during interrogation," the report said.

After the outbreak of the Syrian civil war, the SDF began taking control of areas in Syria from the regime and the Daesh terrorist group, with the support of the United States. The SDF is backed by the U.S. in the fight against Daesh, as Washington considers it the most effective partner on the ground. The SDF has received immense military support from the United States despite its links to the PKK, which is listed as an outlawed organization by the U.S., the EU, and Turkey.

The recent U.N. report also said that displaced women and girls who live in camps have been particularly affected by the SDF in areas under its control.

"In order to leave these camps, IDPs [internationally displaced persons] are asked to pay SDF authorities and locate a kafīl or ‘guarantor' for onward movement to certain areas. As a result, many women travelling alone have no option but to remain in the camps, as they are without sponsors or the financial means to move to other areas."

as weapon of war

The Syrian regime and its associated militias have perpetrated sexual violence, including rape, against people from the opposition, which is a war crime, U.N. investigators said in the report.

Rapes and other sexual violence carried out by regime forces and associated militias at checkpoints, during house searches and ground operations formed part of attacks, and "amount to crimes against humanity" and also "constitute war crimes," the report said.

It said regime forces and affiliated militias further perpetrated sexual violence, including rape and other acts against women, girls, men and boys in 20 detention centers. "Rape of women and girls was documented in 20 government political and military intelligence branches, and rape of men and boys was documented in 15 branches."

The report also said Daesh and other armed extremist groups executed women and girls by stoning on charges of adultery and forced girls into marriage.