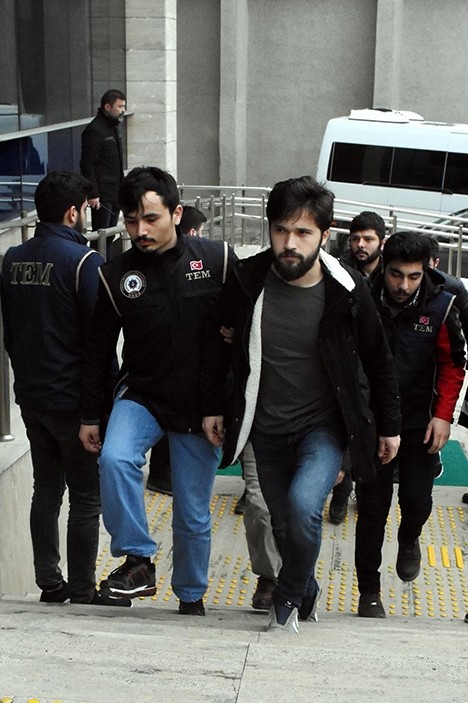 Simultaneous operations were carried out in 11 districts across Turkey on March 6, including Istanbul, Ankara and Izmir, organized by Zonguldak Police Department's Anti-Smuggling and Combating Organized Crime (KOM) units.

The Chief Public Prosecutor's Office had opened an investigation into suspect members within the Turkish Armed Forces (TSK), finding that 12 of the 24 detained suspects were allegedly using "sequential search and encryption" methods for terror purposes.

Two of the suspects were military personnel with links to FETÖ.

The other 10 suspects were students, who were then expelled from military schools.

After receiving health check-ups, the expelled students and other suspects, including a petty officer and two lieutenants, were referred to the judiciary under extensive security measures.

Computers, documents and recorded calls by the suspects were also seized in the operations and turned over to the Security Directorate.

FETÖ, led by U.S.-based Fetullah Gülen, is accused of orchestrating the foiled putsch bid that killed 251 people and injured more than 2,100 others on July 15, 2016.

Gülen and his followers have infiltrated Turkey's vital state institutions -- especially the military, police apparatus and judiciary -- with the ultimate aim of creating a parallel state.