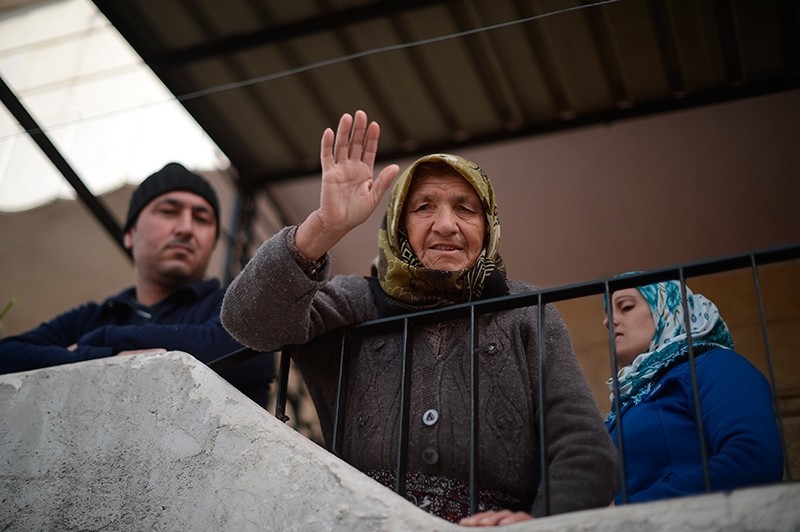 Civilian councils are being established in Afrin and the city will be administered by locals, Fehim Isa, a high-level commander of the Free Syrian Army (FSA), said yesterday.

"Afrin was liberated as a result of a neck and neck fight of the FSA and the Turkish Armed Forces [TSK]. Efforts continue to sweep mines and explosives from the town center. We are trying to expedite the settlement of the locals. Afrin will be administrated by the locals of Afrin," he said to İhlas News Agency (İHA).

Isa said Operation Olive Branch was carried out with great sacrifice for the FSA and Turkish military. "A commando named Huseyin was wounded in Darmiq in the first days of the operation. Ten days later, I saw him return to duty. I am shocked because I was expecting him to return in five or six months. We witnessed the great devotion of the Turkish military," he said.

He said that efforts are ongoing to return life to normal in Afrin, and he expects people returning to the city will increase, adding that the planned administration for governing Afrin will be similar to the council established in areas cleared by Operation Euphrates Shield. "The control of liberated areas with Operation Euphrates Shield was left to the locals. Civilians established local councils with elections. Now, the area is ruled by these bodies. Our duty as soldiers is to provide security to the borders," Isa said.

An administration was established with the participation of locals in the areas cleared of Daesh, including al-Rai, Jarablus, al-Bab and Azaz, through Operation Euphrates Shield, which was carried out against Daesh last year. It administered a normalization process with the eviction of Daesh as regular security forces were formed, and managed projects on education, infrastructure and economy.