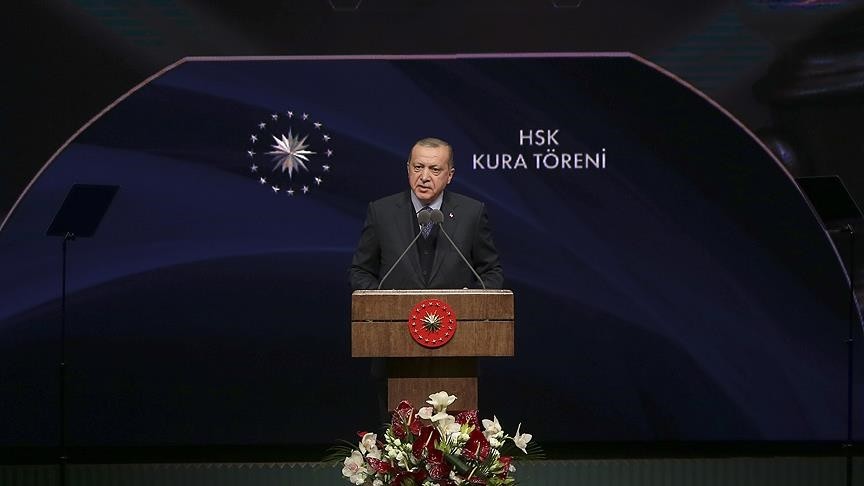 "Turkey asked the Iraqi government to clean PKK terrorists from northern Iraq and will carry out a cross-border operation there anytime if necessary," Erdoğan said, referring to the terrorist group's headquarters in Sinjar province, which is considered to be the second major camp after Mount Qandil.

Turkey and Iraq plan to launch a joint counterterrorism operation to destroy seven PKK camps in Sinjar and another one near Makhmour.

In mid-2014, the PKK managed to establish a foothold in Sinjar on the pretext that it was "protecting" the local Yazidi community from Daesh. Last week, the Mosul local council gave the PKK terrorists a 10-day ultimatum to leave northern Iraq's Sinjar district, according to the council chairman.

The PKK – listed as a terrorist organization by Turkey, the U.S. and EU – resumed its armed campaign against Turkey in July 2015 after a brief reconciliation period.

The Turkish Armed Forces (TSK) have been launching airstrikes targeting the PKK in northern Iraq.

The president also vowed to proceed with anti-terror operations in other parts of Syria, after the victory against YPG terrorists in Afrin.

"The process that began in Operation Euphrates Shield will continue until the terror corridor in Manbij, Ayn al-Arab, Tal Abyad, Ras al-Ayn and Qamishli is eliminated," Erdoğan said.

He noted that a total of 3,622 terrorists have been "neutralized" in Syria's Afrin since the launch of Operation Olive Branch.

The Turkish Armed Forces (TSK) uses the term neutralized to refer to terrorists captured dead or alive, or those who surrendered during the operations. However, the term is usually used for the terrorists who were killed in the operations.