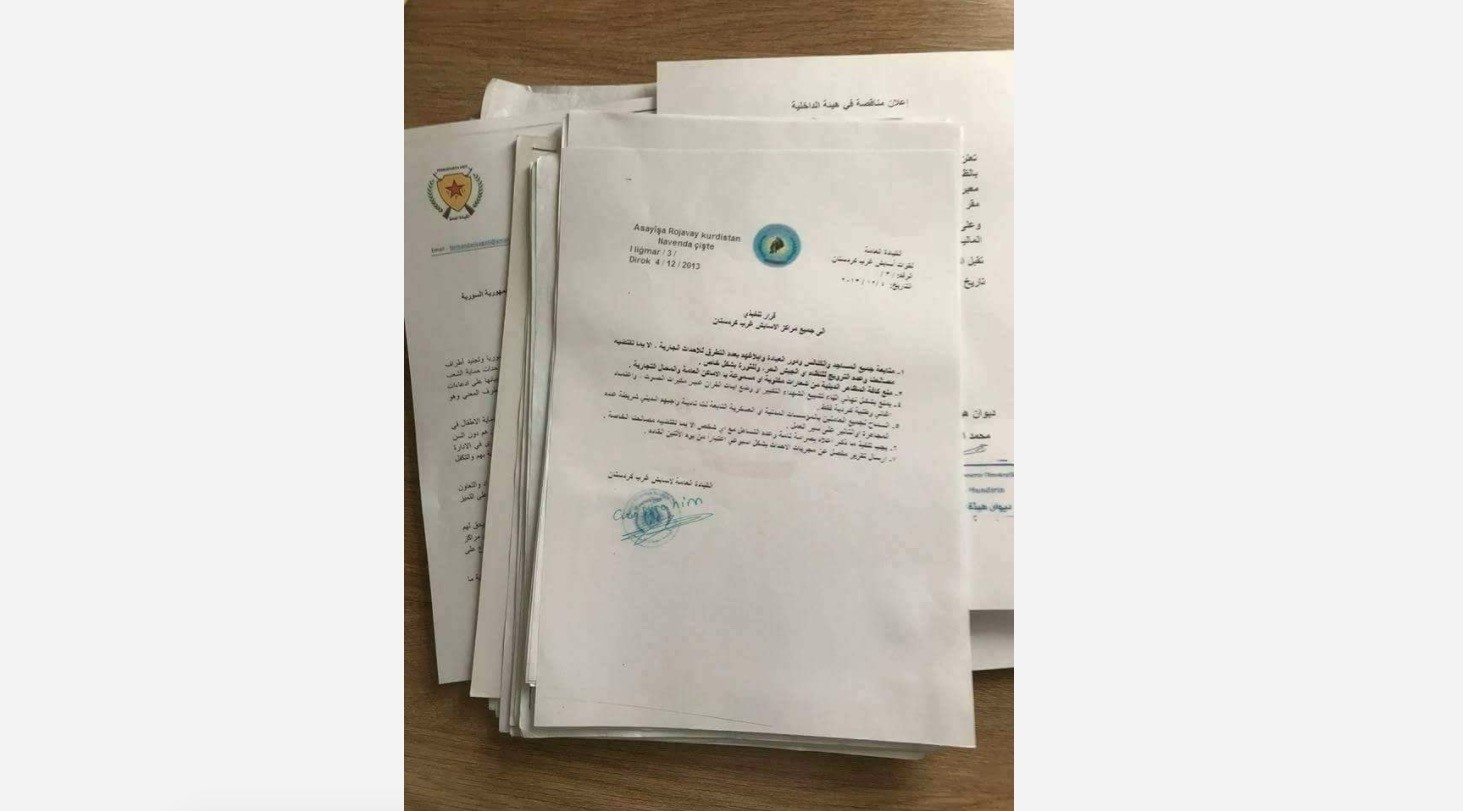 The racist face of the PYD terrorist group was revealed once again as a document ordering its members to promote Kurdishness and restrict worshippers of Islam, Christianity and other religions was discovered in the group’s former headquarters

A so-called "executive order" published by the militants of the Syrian affiliate of the PKK terror organization was discovered late Tuesday in their former headquarters in newly-liberated Afrin. In the document, a series of chauvinistic, racist and Islamophobic orders are detailed by the Democratic Union Party (PYD).

The paper dated December 2013 orders the members of Asayish, the PYD's police force, to "spy on all mosques, churches and places of worship" and to instruct the faithful not to talk about current events unless it is in "Kurdish favor."

The document also orders the terrorists to ask worshippers not to promote the Assad regime, the Free Syrian Army and "especially the Syrian revolution."

Worshippers are also required not to say "Allah-u Akbar," which means "Allah is Great" in Arabic. The phrase has unfortunately become synonymous with Daesh atrocities, yet is used on a regular basis by peaceful non-violent Muslims.

The document also dictates that civilians not read any verses from the Quran or recite it via speakers, and everyone living in the city, regardless of their ethnic background, will sing only "Kurdish national songs."

The order also requires the Asayish to execute the above mentioned commands "strictly without leniency" and report back weekly.

Groups like the Human Rights Watch, Amnesty International, the KurdWatch, as well as the United Nations have reported that the terrorist group have used child soldiers, forcefully recruited members for combat, forced people out of areas under its control, carried out arbitrary arrests, and confiscated property, which led to major demographic changes in the region and amounted to expansive ethnic cleansing.

On Jan. 20, Turkey launched Operation Olive Branch to clear YPG/PKK and Daesh terrorists from Afrin, northwestern Syria. In less than 60 days, the city has been completely cleansed of terrorists by the Turkish military and the Free Syrian Army.

The PYD is the Syrian offshoot of the PKK terrorist organization, which has waged a more than 30-year war against Turkey. The People's Protection Units (YPG) is the armed wing of the PYD.