Democratic, fair administration to be implemented in YPG-free Afrin 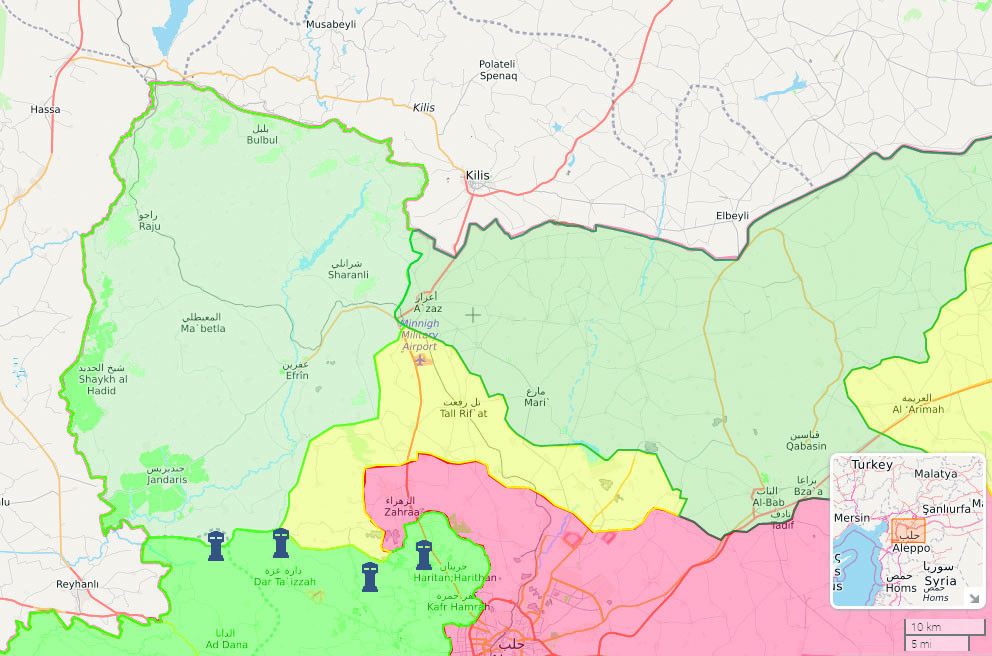 Now with YPG having been expelled, Afrin is getting ready for democratic and fair administration under Turkey's supervision after Ankara decided to set up a law enforcement body as the first step of the process

The zone of influence of security forces in the city will gradually spread across the Afrin region. Kurdish and Arab forces will first be trained by Turkish security forces. Apart from ensuring security through Kurdish and Arab forces, the Turkish state has been in close contact with Kurdish leaders, who have not been affiliated with the PKK or the Democratic Union Party (PYD), and has been listening to their requests, problems and suggestions as to how the town should be run. The YPG is the militia for the PYD, which is the Syrian affiliate of the PKK. The U.S., EU, and Turkey recognize the PKK as a terrorist group.

Ankara will reportedly follow the policy with the line that Afrin belongs to the people of Afrin, to help tens of thousands of Afrin locals who previously fled the YPG oppression to return home.

The Turkish state is expected to implement a system in Afrin similar to those in Jarablus and al-Bab, which were liberated from Daesh during Operation Euphrates Shield.

Operations Euphrates Shield started in August 2016 and officially ended last year after Turkey-backed FSA fighters drove out Daesh from towns near the Turkish border. Apart from military support, Turkey extended its hand in humanitarian aid to locals returning to their homes after being driven out by the terrorist group.

Schools have been prioritized in the rebuilding process in towns liberated from Daesh and the Maarif Foundation of Turkey has already opened several in Jarablus and al-Bab. The schools, one of which in Jarablus was converted into a prison by Daesh when the terrorist group took over the town, have been renovated.

Hospitals also have reopened along with post offices and locals in Jarablus and al- to make life much easier. Apart from schools, hospitals and post offices, housing has flourished under Turkish guidance.

Recently, a local council of 30 members was established at the Afrin Liberation Congress, which convened in Turkey's southern city of Gaziantep with the participation of over 100 people. In an effort to rebuild Afrin and enable the return of displaced people, the congress made several decisions.

The congress announced that control of Afrin should be given to the people of Afrin and the election of local council members should be held regularly and observed by nongovernmental organizations. It also said the public needs to be disarmed and all segments of society should be respected. According to the final declaration, local security forces will be formed from people who are not members of any party.

Since the beginning of Operation Olive Branch, Ankara has been asserting t

hat its purpose is to eliminate threats of terrorism directed at Turkey and pave way for the return of displaced people. Ankara has repeatedly said that the operation is not targeting the Kurdish in the region, but rather terrorists.

In this respect, President Recep Tayyip Erdoğan said recently that Turkey will immediately take the necessary steps to make sure that the residents of the city are able to return to their homes as soon as possible. Also, Prime Minister Binali Yıldırım pointed to the developments in areas liberated and revitalized by Ankara. "We have said from the beginning that we have no intentions to stay. We heard these claims during Operation Euphrates Shield, as well. Along the Jarablus-Azaz line, over 135,000 Syrian families settled and 160,000 students are going to school," he said.