Over 3,700 terrorists 'neutralized' in Operation Olive Branch in Syria's Afrin 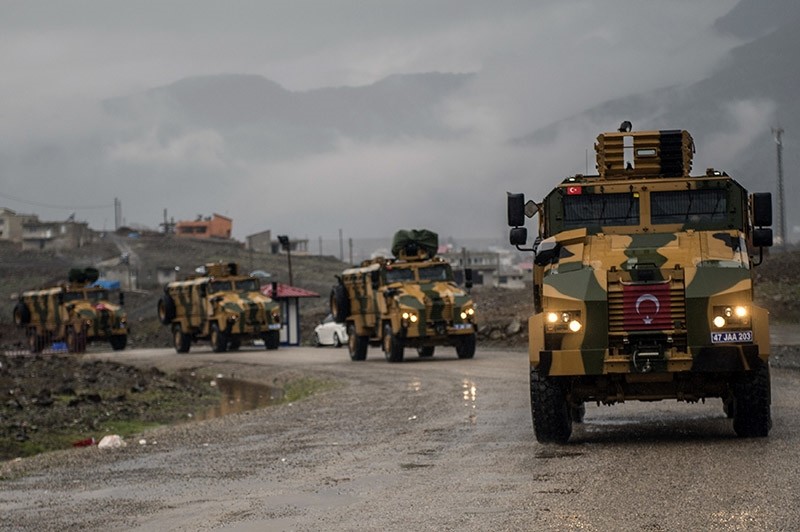 At least 3,731 terrorists have been "neutralized" in Operation Olive Branch since it was launched in northwestern Syria's Afrin, President Recep Tayyip Erdoğan said Friday.

Speaking at an event in Istanbul's Bağcılar district, Erdoğan said that he discussed the ongoing counter-terror operation with U.S. President Donald Trump on Thursday, and with Russian President Vladimir Putin on Wednesday.

The president underlined that Turkey will continue to protect the victims of the Syrian war, adding that it would not take a step back in its anti-terror operations.

"The work won't stop in Afrin, there is also Idlib, Manbij," Erdoğan said, signaling the continuation of Operation Olive Branch.

Operation Olive Branch was launched by Turkey on Jan. 20 to remove the PKK/PYD/YPG/KCK and Daesh terrorists from Afrin in northwestern Syria. The Turkish Armed Forces (TSK) and the Free Syrian Army (FSA) entered Afrin town center and liberated it from terrorists on March 18.

On March 18, Turkish-backed troops liberated the town center of Afrin, which had been a major hideout for the YPG/PKK since 2012 when the Assad regime in Syria left the city to the terror group without putting up a fight.