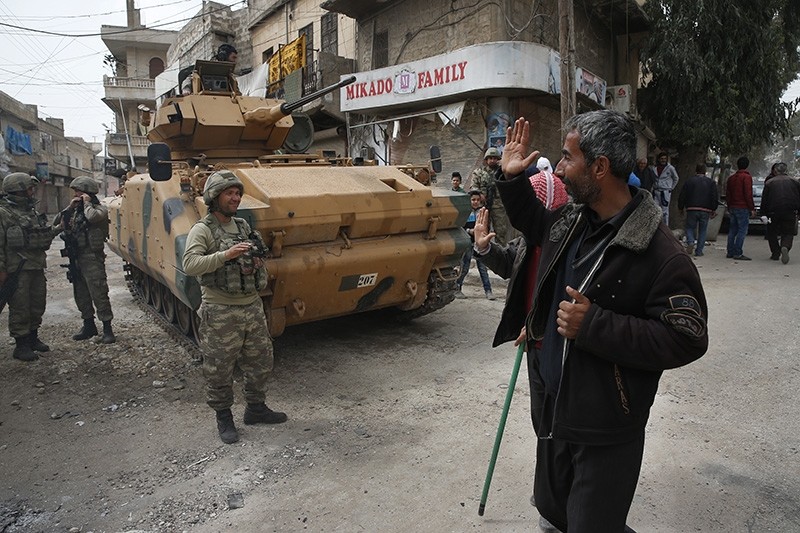 A Syrian man waves to Turkish soldiers securing the streets of the northwestern city of Afrin, Syria (AP Photo)
by Daily Sabah Mar 24, 2018 12:00 am

Afrin region has been completely brought under control, following Turkey's Operation Olive Branch, while the number of terrorists "neutralized" in the operation has reached 3,740, President Recep Tayyip Erdoğan said Saturday.

Speaking at the ruling Justice and Development Party's (AK Party) provincial congress in the Black Sea province of Ordu, Erdoğan said that the Turkish military and the Free Syrian Army (FSA) have cleared PKK-linked People's Protection Units (YPG) and Daesh terrorists from Afrin.

Operation Olive Branch was launched by Turkey on Jan. 20 to remove the PKK/PYD/YPG/KCK and Daesh terrorists from Afrin in northwestern Syria. The Turkish Armed Forces (TSK) and the Free Syrian Army (FSA) entered Afrin town center and liberated it from terrorists on March 18.

Afrin had been a major hideout for the YPG/PKK since 2012 when the Assad regime in Syria left the city to the terror group without putting up a fight.