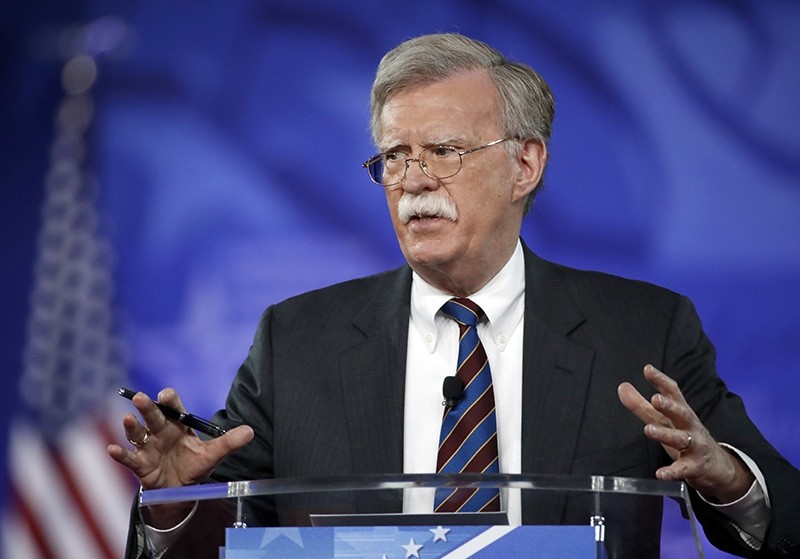 Appearing on Fox News on March 14, Bolton was asked about the U.S. supporting groups in Syria, such as the terrorist YPG which is the armed group of the Democratic Union Party (PYD), also known as the Syrian affiliate of the PKK.

"This is, I think, part of the inadequate strategy from [Barack] Obama that unfortunately the Trump administration continued," said Bolton, a former U.S. ambassador to the UN.

"We supported the Kurds, we supported the Iraqi government … to defeat Daesh," Bolton continued. "But what we didn't adequately recognize is that these particular Kurdish forces are allied with a Marxist Kurdish group inside Turkey, that the Turkish government has been fighting for many years," he said.

The US didn't recognize that the Kurdish forces in Syria are allied with the Marxist PKK group inside Turkey, that the Turkish gov't has been fighting for many years, incoming US national security adviser John Bolton sayshttps://t.co/QUtW7hgfEY pic.twitter.com/cWIBmfJOkl

Asked by the Fox News presenter whether the U.S. was arming "a Marxist militia," Bolton simply said that "they (YPG/PYD) said they weren't Marxist, and they were not really connected to the Kurds, the PKK as they're known."

Bolton went on to say that arming YPG terrorists, which function in large part under the Syrian Democratic Forces (SDF) under the pretext of fight against Daesh, is an "indication of how complicated the circumstances were and how I don't think that the original anti-ISIS [Daesh] strategy was well thought out."

This is not the first time Bolton has acknowledged the affiliation between the two terror groups. In a piece he wrote for the Wall Street Journal dated June 28, 2017, the new U.S. security adviser said that "Kurdish forces [YPG] fighting ISIS are linked to the Marxist PKK in Turkey," using an acronym for the Daesh terrorist group.

"They pose a real threat to Turkey's territorial integrity," he added.

Bolton's comments also came amid the Turkish-led Operation Olive Branch, which was launched on Jan. 20 to remove YPG/PKK and Daesh terrorists from Afrin, northwestern Syria, across Turkey's southern border.

Turkish leaders have said an operation in Manbij, Syria could follow, and have warned the U.S. that the presence of YPG/PKK forces there will not be tolerated.

Bolton takes over on April 9 from retiring Army Lt. Gen. H. R. McMaster. Based on his public statements, he shares Trump's dislike of the Iran nuclear deal and often-bellicose stance toward North Korea.

As a senior State Department official from 2001 to 2005, Bolton exaggerated what the U.S. government knew about weapons programs in Iraq, Cuba and Syria, and retaliated against analysts who differed with him, according to intelligence officials involved in the events.

Bolton crossed swords with U.S. spy agencies again in July 2003, when the CIA and other agencies objected to testimony he planned to give describing Syria's development of biological, chemical and nuclear weapons as a threat to Middle East stability.