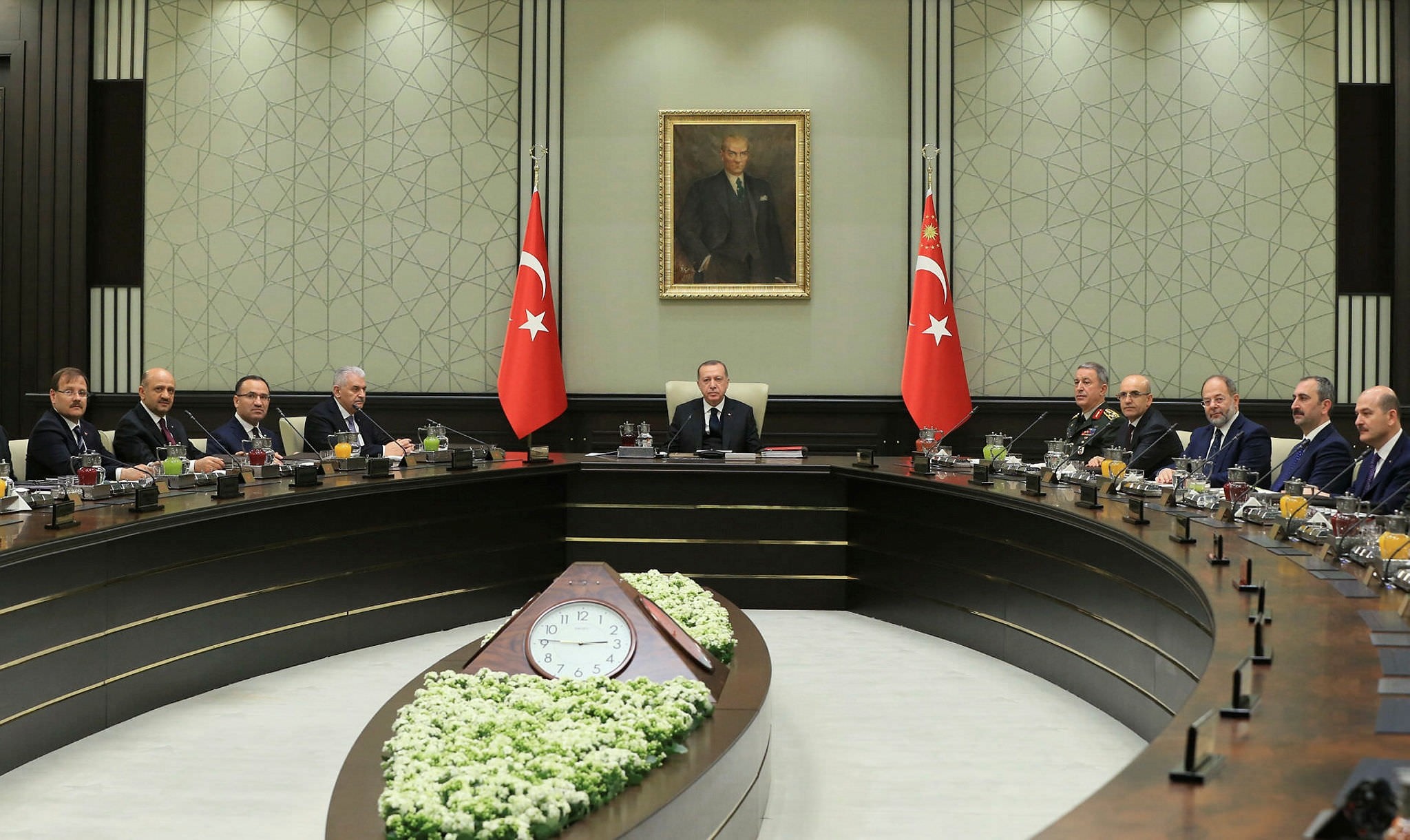 Turkey will take unilateral initiatives against the terrorist PKK-linked People's Protection Units (YPG) that do not leave Syria's Manbij, a statement released after the meeting of the National Security Council (MGK) reiterated late Wednesday.

The meeting was chaired by President Recep Tayyip Erdoğan and lasted for four hours and 20 minutes. The statement added that the international community should be informed that the YPG works in cooperation with Daesh terrorists, including in crimes against humanity, such as ethnic cleansing.

Manbij sits on the west bank of the Euphrates. The U.S. had promised Turkey that the YPG would withdraw to the east of the river during former President Barack Obama's terms, but the promise has yet to be realized, stirring disagreements between Ankara and Washington.

In addition, the U.S. under President Donald Trump has continued to support the group militarily. Ankara considers the YPG a terrorist organization, but Washington, despite identifying the PKK as a terror group, does not extend the classification to the terror group's Syrian branch. Washington has been supplying the YPG with truckloads of weapons and military equipment, seeing the group, under the Syrian Democratic Forces (SDF), as its most effective partner in the fight against Daesh.

The council went on to say that the Iraqi government is expected to counter PKK activities within its borders; otherwise, Turkey will take steps to stop terrorists on Iraqi soil.

The statement also touched upon the tensions in the Aegean and Cyprus. "In particular, the moves of Greece that have no place in a good neighborly relationship are followed closely. It was decided once again that Turkey's interests will be protected at all costs."