US not leaving Syria yet, CENTCOM commander Votel says 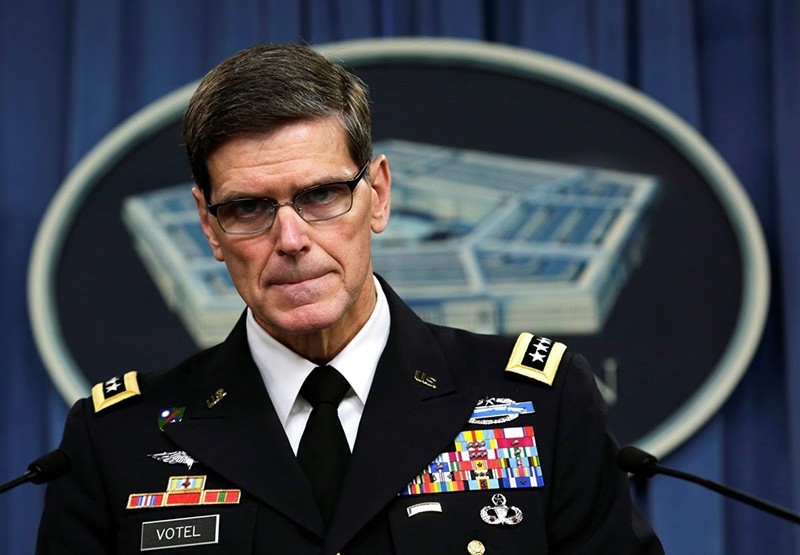 General Joseph Votel, the commander of the U.S. Central Command which coordinates anti-Daesh operations in Iraq and Syria, implied Tuesday that the United States will not yet leave Syria, saying there "are still some areas where Daesh terrorists are present."

"The hard part is in front of us, stabilizing these areas, consolidating gains, getting people back into homes, addressing long-term issues of reconstruction," Votel said at an event at the U.S. Institute of Peace.

Votel's remarks came shortly before U.S. President Donald Trump said that the U.S. would withdraw troops from Syria "very soon," saying he wants to "bring our troops back home."

"Our primary mission in terms of that was getting rid of Daesh. We've almost completed that task," Trump said. "We'll be making a decision very quickly."

Trump's comments came amid talks between Turkish and U.S. officials over a roadmap for Manbij, including the withdrawal of the PKK terrorist group's Syrian affiliate the People's Protection Units (YPG) and the return of U.S. weapons provided to the terror group.