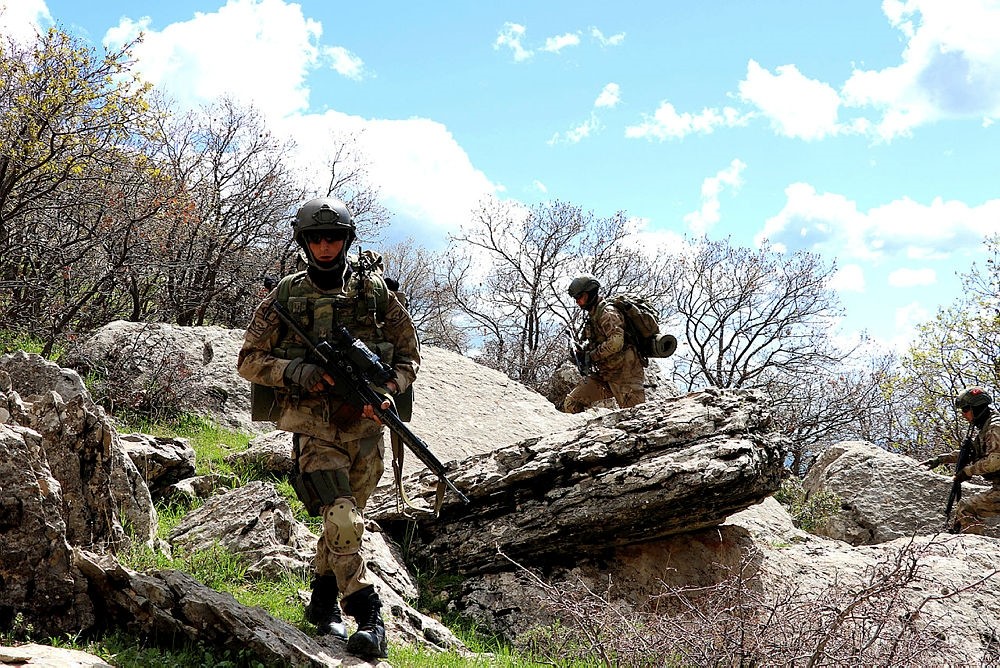 According to the statement, four senior PKK terrorists who were identified as Medeni Sayılgan, Eyüp Çelik, Mehmet Rehber Çetin and Maşallah Malazgirt were also killed. The militants were on the ministry's terror watch list under the categories of red, green and gray, respectively.

The wanted list is divided into five color-coded categories, with red as the most wanted, followed by blue, green, orange and lastly gray.

The PKK -- listed as a terrorist organization by Turkey, the U.S. and the EU -- has waged a terror campaign against Turkey for more than 30 years and is responsible for the deaths of nearly 40,000 people.

More than 1,200 Turkish security personnel and civilians, including a number of women and children, have been killed since July 2015, when the group resumed its armed campaign against the country.