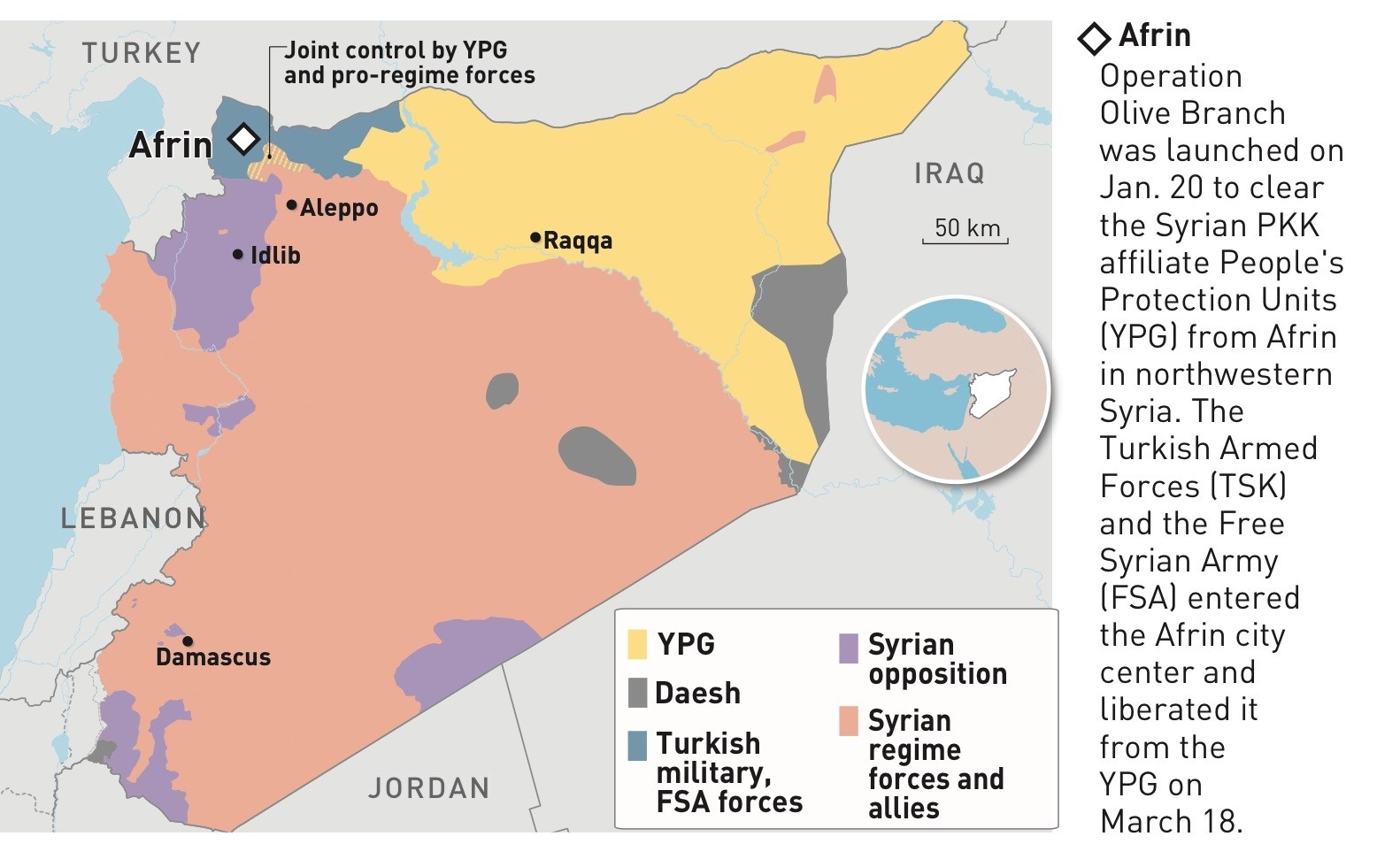 Residents of Afrin city center regained access to running water yesterday following Turkey's liberation of the city and the repairing of the water treatment plant by Turkish authorities.

As part of its efforts to return peace and normalcy in northwestern Syria, Turkey repaired a wastewater treatment plant in the area which had been destroyed by the People's Protection Units (YPG) terrorists ahead of their escape from the city. The plant provides water to the two neighborhoods in Afrin city center.

Following Turkey's liberation of the city, locals in Afrin received humanitarian aid from not only the Turkish government but also organizations like the Turkish Red Crescent and the Disaster and Emergency Management Presidency (AFAD). They provide food, water and shelter to the locals. As the people in the town find themselves in a dire situation, many locals spoke of the YPG's ruthless rule in the area for years, which led to unemployment and excessive levels of poverty. As humanitarian efforts have intensified in recent days, the Turkish state is also working around the clock to make sure that the people in the town are safe and sound. Moreover, schools have been renovated and local administrations are being established as soon as possible to give the people of Afrin a secure and orderly life.