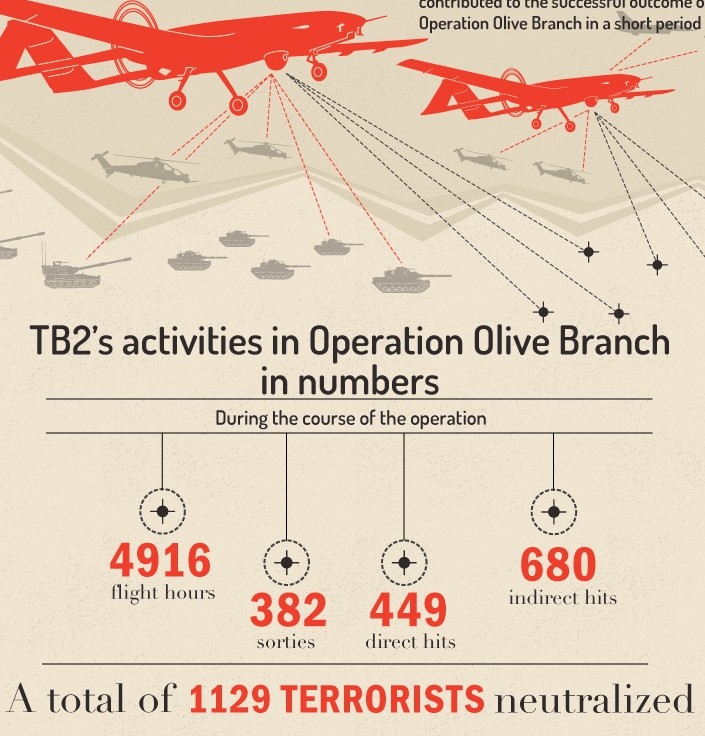 The tactical support of the TB2 enabled Turkish forces to clear the Afrin region of PKK-linked People's Protection Units (YPG) and Daesh terrorists in less than two months, with targeted precision that minimized impact on the property and lives of civilians in the region.

On March 18, the TSK and the Free Syrian Army (FSA) successfully entered Afrin town center and liberated it from terrorists. 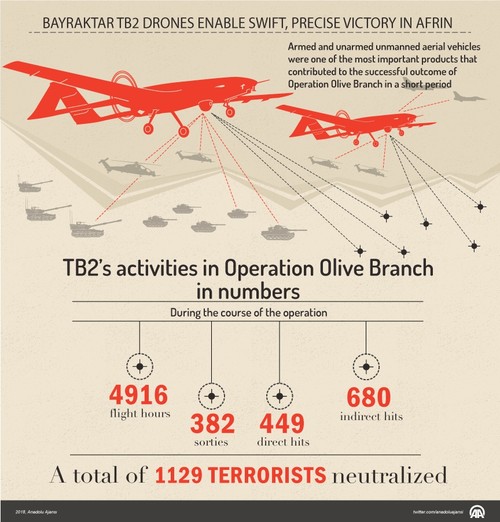 Since the operation began on Jan. 20, armed and unarmed TB2s have carried out 382 sorties during 4,916 hours of flight time, and aided in the neutralization of 1,129 terrorists.

The Bayraktar TB2 armed drones, produced by Baykar Makina and operationally used since 2015, are the first and only armed UAV to be included in the TSK inventory. They have provided effective surveillance, reconnaissance and fire support to Turkish security forces in the Operations Euphrates and Olive Branch.

Developed and produced nationally and originally with electronic, software, aerodynamic, design and sub-main systems, the Bayraktar TB2 is one of the world's most advanced UAV system in its class with its flight automation and performance.