722 detained, 42 others 'neutralized' in anti-terror ops in past week 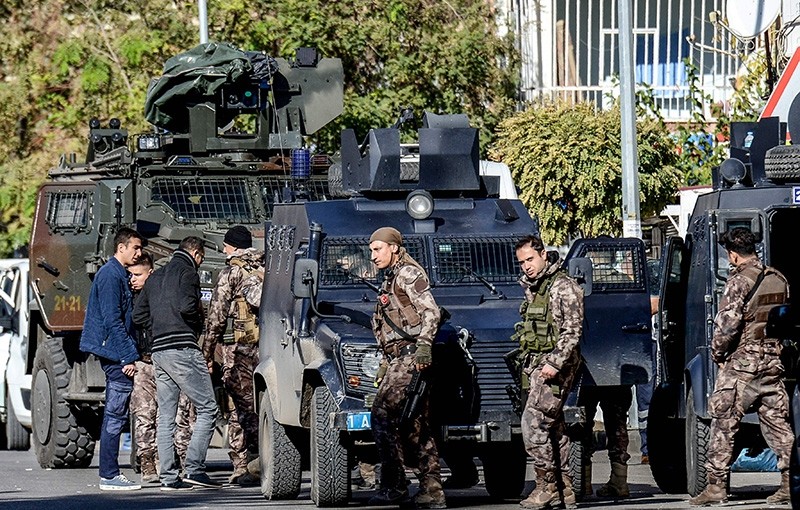 At least 4,335 suspects, including 722 terrorists have been detained in nation-wide operations in the past week, the interior ministry said in a statement Monday.

The ministry noted that at least 42 terrorists have been "neutralized" in counter-terror operations, while 722 others have been detained for links to terrorist groups.

A total of 383 anti-terror operations have been carried out in the past week by Turkish gendarmerie, police, and the Turkish army and air forces.

Thirty-four shelters and hideouts used by the terrorists in seven provinces have been destroyed, while security forces confiscated 53 weapons, 39 hand grenades and 5,033 pieces of ammunition.

Meanwhile, 3,525 others have been detained for narcotics-related crimes, and 88 for illegal migration, the ministry statement said.

The PKK -- listed as a terrorist organization by Turkey, the U.S. and the EU -- has waged a terror campaign against Turkey for more than 30 years and is responsible for the deaths of nearly 40,000 people.

More than 1,200 Turkish security personnel and civilians, including a number of women and children, have been killed since July 2015, when the group resumed its armed campaign against the country.